Frogtown Brewery has some new releases to put on your radar. They have been leaning into Tiki themed beers and have a Beachcomber Golden Ale, or if you are looking for a different spin on the classic cream ale, you can pick up their vanilla-fied cream ale.

Is this the second golden ale from the Ommegang – Game of Thrones series of beers? OK, the first beer was a Blonde ale but it would have been fun to see a new beer style like an altbier or kellerbier instead of the golden ale of Bend the Knee (like the name)…. 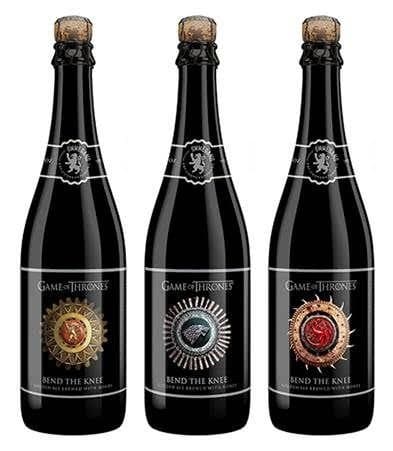 I think I missed the last beer in the series so I have some catching up to do, much like Martin has with writing.

Only in California would I be able to post about a new golden ale can release so soon after Christmas. But yet, Port Brewing has another can on the horizon, Grandview Golden Ale. 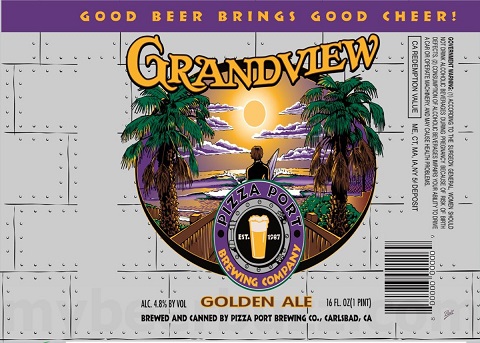 First off the line was New Belgium and their Hop Tart now Almanac is debuting a new single hop sour series with the super popular Citra Hop.

They urge you to “look beyond the IBUs” and see how the citrusy hop with lemon and grapefruit notes plays with the “tart, earthy sour blonde ale, creating a beer that both contradicts and compliments itself.” 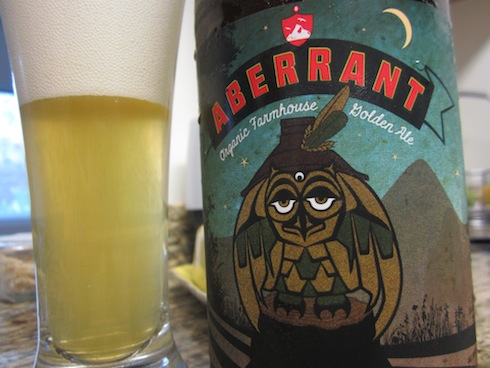 Love the label in this new series from Logsdon.Farmhouse and good to see another beer offering from the Logsdon folks.  Mostly because I haven’t had even close to a bad beer from these guys.  On to my quick review: Pours a pale straw yellow with a big foamy white head.  A light Belgian yeast note in the aroma that really hits upon the first sip.  I pick up vanilla and spice notes amidst the funk.  My sister in law detected some fruit notes that I didn’t notice but maybe some stone fruit lurks for those that are more supertaster than I am.  Really light tasting and not 8% abv at all. 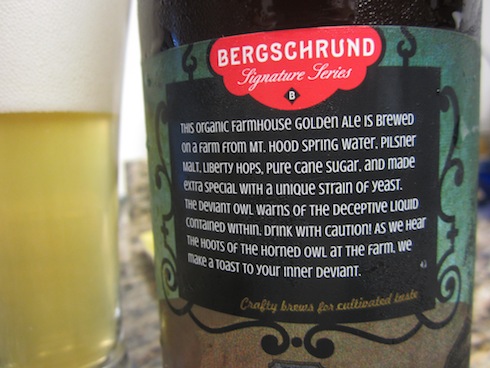 I have seen this one at Vendome in Toluca Lake and at a few other beery locales and I highly recommend it.

And what am I reading while drinking this?  A book about wine!  Heresy, I know but I have learned a nice amount of information already from the Inventing Wine by Paul Lukacs.  And that is in just a the first few pages. 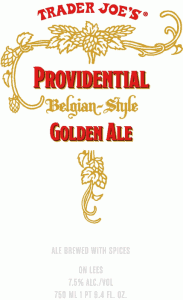 Looks like Trader Joe’s is having Unibroue add to the private label beers that they supply with the coming soon Providential Belgian Golden Ale.

Not only can you get Unibroue branded beers at a discount at the chain there private label offerings are an absolute steal for the high quality you get. Just avoid the Boatswain beers. Not good. 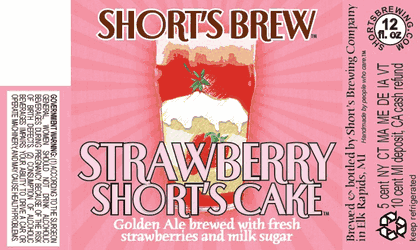 From the inventive Shorts Brewery, the makers of PB&J beer comes a summer refresher of a golden ale with strawberries! If anyone can make this combo work, it would be Shorts. I can just imagine it on vanilla ice cream.

After the Strawberry Shortcake, Shorts might unleash the following creations Key Lime Pie, Smore stout, Pistacho and Bloody Beer. Now that would be a horizontal tasting!

You are not a true beer geek until you have visited and taken in the beer culture in Ireland and Germany. I have been fortunate to have been to both BUT I did not visit all the breweries PLUS more have sprung up!

So this month, I will offer up an underknown brewery from each country that should be on your next beer travel itinerary. First up, the Emerald Isle…

“We’re dedicated to producing distinctive and outstanding beer from only natural ingredients.”, so says the Trouble Brewing website and I believe them. They are starting small and hoping to build up.

Here’s the info on beer # 1: Ór “A smooth, refreshing golden ale that is full-bodied and has a distinctive hop flavour. Brewed using the best two-row Maris Otter pale malt interwoven with a complimentary selection of speciality malt for a robust taste. It is hopped with a combination of traditional English and modern American hops, to produce a beer with subtle fruit flavours and a crisp, lingering finish. 4.3% A.B.V.”

…then the Golden Ale

from Draft magazine…
Alamo Beer Company, a microbrewery near San Antonio, Texas, began selling its Alamo Golden Ale out of founder Eugene Simor’s minivan in 2003. Now, the brewery is upping the ante by calling on Dallas-based Ben E. Keith Beverages to distribute the brew throughout San Antonio.

The brewery describes Alamo Golden Ale, which is brewed with a self proclaimed “fiercely independent spirit,” as “a full-bodied, refreshingly lighter style ale with a smooth, velvety finish.”

“Our little beer now has a big distributor,” Simor says. Look for the beer on shelves in San Antonio now, and possibly all over Texas in the next few months — if it’s following the rags-to-riches musician example.