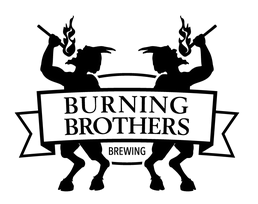 With a nod to the Artist formerly known as, we head to Minnesota next to Burning Brothers Brewing whose About declares, “Burning Brothers is committed 100% to gluten-free. We don’t use gluten-free filtering, gluten-free enzymes or any other gluten-free gimmicks. Instead we use naturally gluten-free ingredients to create great-tasting and unique beers for you.”

Without further ado, here are the beers that I would put in my taster tray:
“Parched” Lime Shandy: “The citrus notes of our all American hops combined with the lime of our shandy will have you salsa dancing in no time. Our fans state that “Parched” taste like summer. Not too sweet with a nice tart that balances with the hops like they were meant to be together.”

English Mild: “Subtle, crisp bitterness on the front finishes with a touch of biscuit and nuts on the back. This session style comes in at a low alcohol (~3.0% ABV) and is intended to be a lightly-flavored, easy to drink and malt-accented beer.”

“Pyro” American Pale Ale: “An American twist on an English bitter, this light fruity beer is a drink that can be enjoyed at any time! We substitute the traditional English flavor with our own unique blend of American hops. Note the initial taste of orange followed by just a hint of grapefruit. Three years in the making, our APA stands strong against any other APA on the market.”

“Roasted” Coffee Strong Ale: “Beer is one of the oldest beverages humans have produced, and Arabs began cultivating coffee in the 14th century. With histories like that, and our love for coffee being almost as great as our love for beer, how could we not combine the two? “Roasted” is a single-hopped strong ale blended with cold brewed coffee. Because we never heat the coffee, the bitter oils in the coffee remain present, but not dominant. This creates a smooth balance of bitter and sweet with hints of caramel. This award winner took third place in a brewing competition, yet we forgot to tell them it was gluten-free.”

Despite recent reports about how affected (or unaffected) people are by gluten, it is always good to have choice for those who truly can’t handle it and a choice that doesn’t taste like a weird science experiment.

Enter New Belgium and their Glutiny line which includes a blonde ale and a pale ale….. 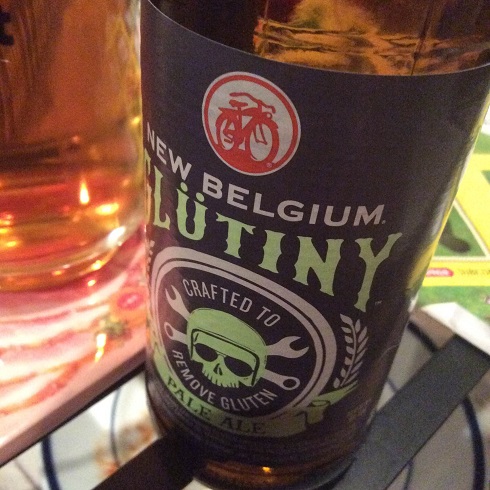 Glutiny pours a light orange color from the biker labeled bottle. I can’t quite pin the aroma down. Orange flavored gum maybe. Not a bad thing but different. The taste is light touching thin at points but like the Omission beers it doesn’t taste funny like the completely gluten free beers. It has a nice bitterness that could probably be ramped up even more. Final notes are tannic and tea like.

I will have to see how the golden ale stacks up but this is a nice XPA in my mind. 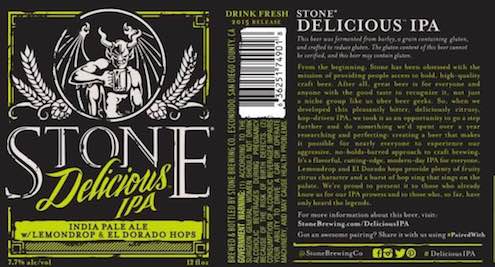 To be completely clear, this is not a gluten-free beer.  I believe that Stone is using a similar system to that of Widmer and the Omission series of beers where the gluten is stripped out later.  Not brewed without gluten.  Either way, the fact that Lemondrop and El Dorado hops are being used should be enough to get anyone, regardless of dietary needs, to check this out.  I have been hard on Stone in past years for falling into a rut with their mainline IPA’s but they have done good work with the Enjoy By series and their Liberty Station brews are interesting and fun.  2015 might be a mini-revival for the brand in my eyes.  And I will be looking for this beer.

UPDATE – If you can withstand a little bit of gluten, then this might be your IPA.  And if you are gluten tolerant, then it might become an alternative, along with Go To Session IPA, to the massive hop bombs that are in the regular Stone line-up.  This is a mighty hoppy beer.  But it is also subtle.  There are grape notes and a bit of peppery rye type spice in here.  The bitterness really lingers on the palate but is quite nice.  And big plus, it doesn’t have the Tofurky curse that some gluten free beers have where you know they had to substitute, and it just doesn’t match up.  Good work.