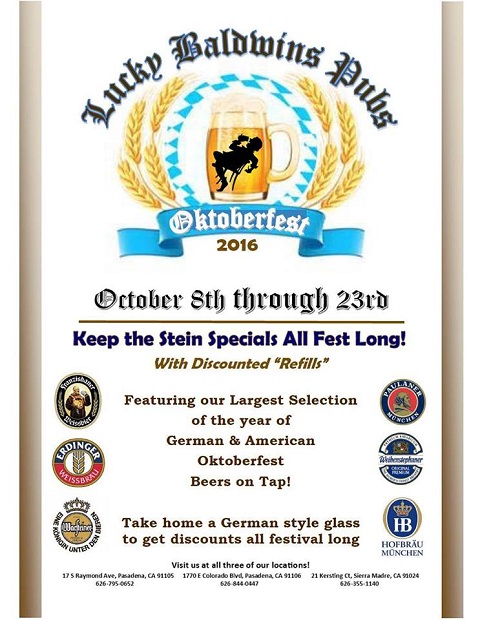 If you are in the anti-pumpkin beer camp or you are looking for something un-hoppy & you are in a celebratory mood. I think you might find something good at the Lucky Baldwin’s.

Maybe even some German fussball on the TV too.

I wrote about Der Wolfskopf a couple days ago over on Food GPS but I thought I would add some photos here to give you a visual idea for the bar with the Germanic curated tap list. 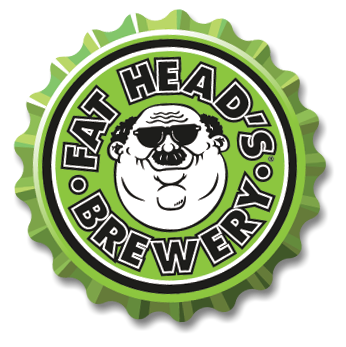 The mustachioed gent on the label doesn’t scream craft beer to me but any website that has a beer section for “wheat” beers gets my attention and that is why Fat Head’s Brewery is the second stop in Cleveland.  This brewery gets filed under the category of places that I have yet to have a beer from.  I may have seen them at GABF but that is the extent of it, seen.

That being said, here is what I would put in my taster tray…..

Alpenglow – A weizenbock that won silver at GABF in 2012.  It is a style not oft seen in L.A. but one that is hearty and bubblegummy at the same time.

Head Trip – They do Belgian too, not just Germanic styles.  This tripel has “secret spices”.

Battle Axe – Another seldom seen style, the Baltic Porter would be a nice addition to the dark side of the taster.

They have hoppy offerings as well for those who can’t go without a blast of bitterness.