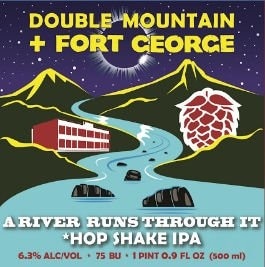 It seems like at least once a week I see a beer from my hometown of Portland that I wish I could buy down here in L.A.

The latest is a Hop Shake collaboration between Double Mountain and Fort George. From the breweries, “This IPA is full and ripe with deep citrus and earthy forest additions. Lactose is added in the boil to round out the balance, and keep things smooth and juicy.”

Considering how good both of those breweries are, the result is probably pretty darn good.

Day 10 of the Christmas Ale countdown leads us to Astoria, Oregon and Fort George Brewing for cans of Magnanimous IPA… 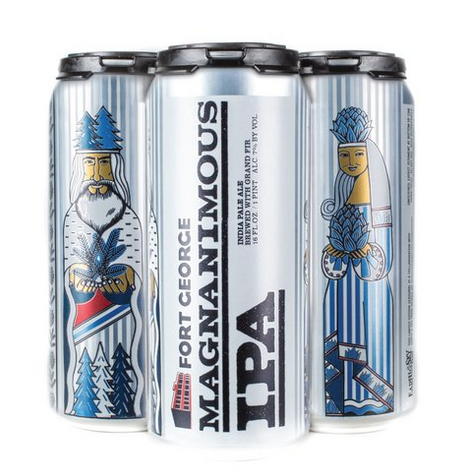 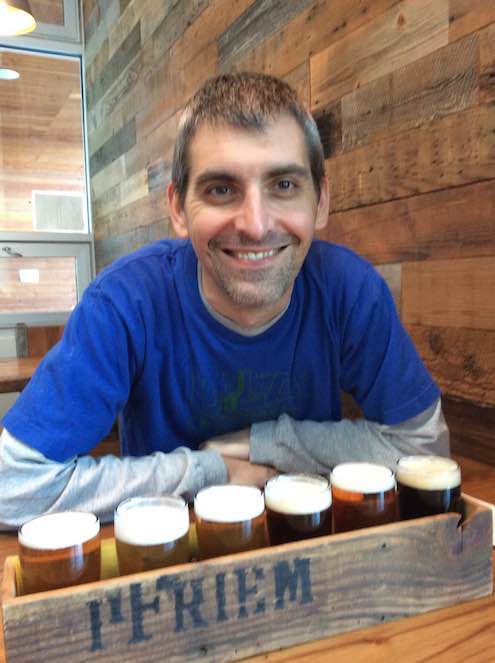 Each time that I re-visit Portland craft beer scene, I make every effort to spend most of my time at the newest breweries and/or trying new beers.

This trip I succeeded more than usual with that task.  Stops were made at the relatively new Ecliptic Brewing and at the new Fat Heads space on the Westside while trying new beer from the charity driven Ex Novo.

I even sampled a pale ale schnapps from the distilling stronghold of my brother-in-law.

But I start to digress.  Let’s start from the beginning.

With a plane flight from Burbank still fresh on the mind, the traditional first stop was at Ken’s Artisan Pizza for the family’s favorite pizza.  Where I encountered Ex Novo’s Damon Stout-amire.  For Blazer fans, the name will ring a point guard bell.  The beer was a little thin to me and could have used a boost of chocolate or coffee notes.

Next up was Fathead’s which is in walking distance of both the Deschutes and Bridgeport locations and though the beers in the tasting tray were uniform, I don’t know how many customers will be stolen away.  The Holly Jolly was my favorite and the Head Hunter IPA was well done but the Chocolate Cream was a mess.  Too many weird vanilla notes.  The space is nice but a little too Applebee’s for my taste.  The wait staff was great.  Very helpful without being over attentive.

Ecliptic was a much different scene at the south end of Mississippi Avenue near-ish to Widmer.  Astronomy is the theme in design and beer names  My placemat of beers was well done.  Rigel Sparkling Ale was light and crisp with minor Belgian notes but my two favorites were the Pollux Imperial IPA with tons of mango notes and the Canopus IWA – India Wheat Ale that very floral.

During the trip I also tasted Supergoose IPA from Hale’s Ales and Vanilla Cream Porter from Worthy Brewing that were strong but I really dug the Java the Hop from Fort George.  Not so much IPA but damn the coffee was spectacular.

Overall, my top picks include two from Pfriem in Hood River, their Blonde IPA and their Single Malt Golden Promise.  Just super tasty and easily separated to top of the pack.  The other choice is Gigantic’s Peace Loving Decoy a lovely Vienna style that was perfect with dinner.

As usual, the choices were abundant and wide ranging.  Now I just have to drink up all the beers that I brought back!

from Fort George comes another hoppy can. 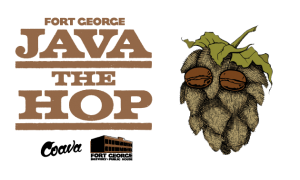 Mornings are for coffee. Evenings are for beer. Java the Hop is timeless. Don’t let that glowing orange hue fool you. As you raise this pint to the nose there is absolutely no doubt what you are getting – a coffee IPA. Packed with the flavor of Coava Coffee Roaster’s Kochere, and a taste of chocolate, Java the Hop satisfies to the finish.”

Seems like the coffee beer train is too caffeinated to stop.

Following on the heels of Cavatica Stout and their Stout month, Fort George has started to can up their popular Sunrise OPA (Oatmeal Pale Ale). 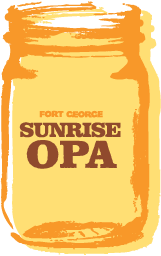 Here is what the brewery says about it, “Nice and Creamy session-style American Pale Ale. Good beer for drinking anytime of the day, even when the sun is rising, due to its dry nature with Mild bitterness and lovely hop aroma. This beer is based on the first beer ever produced at the Fort George Brewery, Beer#1, We decided to add 50 lbs of Oatmeal to make it even better. Famous quote: “I’ll have just one more OPA, please.” This beer has become a staff staple.”

The Brewery – Fort George of Oregon 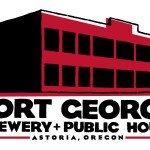 The Details
“This year we took another Holiday Icon, The Fruitcake, and designed our Winter Seasonal in its’ honor.

A mash of barley, oats, wheat, rye, rich caramel and honey malts are mildly spiced with Cascade and Saaz hops, fermented with Fort George House Yeast then allowed to condition on hand-splintered, rum inspired oak. A Glase Fruit concoction that includes cherries, pineapple, orange and lemon peel is dissolved into the finished beer to add the final touches.

While designed and bottled to age, we are sure this version of the Fruitcake will not be passed down for generations, but opened and imbibed at many a cheerful gathering. 7.5% abv. IBU’s Hard To Tell” 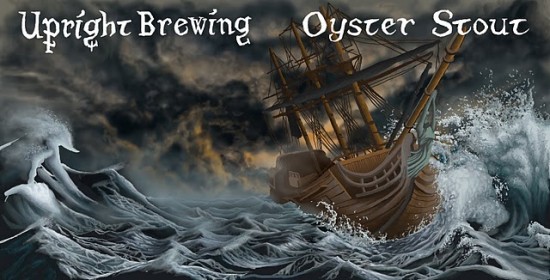 Is this the start of a burgeoning craft beer trend? Oregon is starting to get into Oyster Stouts.

Here is what Fort George says about their version, “Right before we transferred this beer to the fermentor, we ran the wort through 3 buckets of Willapa Bay Oysters. We let the oysters sit in the wort until they started to pop open infusing the beer with the briny oyster juice. Although you cannot taste an immense amount of oyster in this stout, you can taste a hint of salty goodness that lingers in this beer. Drinking this beer is truly like kissing the ocean.”

And this is what Upright Brewing has to say, “In the end we decided to add roughly ten gallons of oyster “liquor” that Jason picked up fresh from the coast off a train. We didn’t want to brew an oyster stout without any oyster meat though so we also picked up eight dozen DeCourcy oysters from B.C. and cooked them during the kettle boil. After eating all the wort-soaked meat we cleaned and saved the shells to add later to the beer, post fermentation, like dryhopping.”

from The Oregonian and Fort George Brewing…
The Fort George Brewery and Public House calls out to all who have hops growing in their yards & gardens, on fences, barns or houses and would love to see those hops get made into beer. Our second annual Co-Hoperative Ale wet-hopped beer will be made this Friday, so we need folks to pick and drop off their hop-vines Thursday, September 3rd.

We will have a pack of folks ready to sticky their fingers in a hop-stripping frenzy, collecting untold varieties of hops to be used for Friday’s brew. Those who have hops to contribute will be treated to some of the fruits of their agricultural prowess when the beer is ready. Call the brewery at (503) 325-7468 with any questions.