Money.  You need it to grow and to pay off how big you have grown.  Two California beer brands have taken different paths in many different ways and have done so again when it comes to raising cash in 2019.

Cerveceria Calidad who I have interviewed in the past have one beer, they contract brew and they are in the starting phase of getting their beer out into distribution.  They have gone the investor route.  Bringing in 20+ new people from former Dodgers to restaurant founders to an internet underwear CEO to bring in money to increase production and fund more sales and marketing.

On the other side is San Diego’s (Anaheim, Portland and LA’s) Modern Times which has turned to crowdfunding to raise more than $1 million.  Expansion to multiple locations probably being one reason for looking to the internet and fans for funding.  The money received would be earmarked for operations, “minor efficiency projects” and equipment purchases.

I am on record as saying that crowdfunding has lust the luster.  It was fun in the beginning to get a shirt or pint glass for a small donation but then I heard that some of the funding was done as a form of advertising (as well as operational money).  And as a growing niche, craft beer needed to get moving by all sorts of financial means.  But craft beer is grown up now, it is not easy but raising the cash for your brewery can be done via the traditional route of banks, or financial partners (silent or loud).

Finding an equity partner for a secondary, tertiary round of funding may not have the ESOP cache for Modern Times but it would have brought much less scrutiny from the internet for sure.

Calidad has always been a puzzle to me.  It seems to be a piece of a beverage company profile but it seems built for the Fyre / Coachella influencer set as opposed to beer geeks.  Personally, I think the beer is good enough to be set in front of beer geeks but now more marketing seems to be where the money is going even though for a well branded beer, a tap room or bar would seem the play to make.  Putting them next to the Alfred coffee shops might be one idea.

How this money gathering plays out is part of the fascinating economic portrait being drawn. 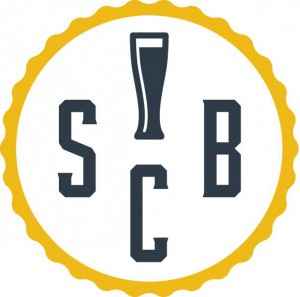 As breweries are sold (or partially sold), to whom they are sold becomes a big topic of discussion. Some prefer EOPs (employee owned), some venture capital, or some favor combining craft with craft.

Each has its upsides and downsides and the size and future growth plans of each individual brewery will dictate which fit is right. Now a new variant is entering approximately the same area that Greg Koch’s True Craft occupies.

Storied Craft Breweries in the Chicago area will be pursuing investments in breweries that need growth capital, in both terms of money and operating knowledge. How many breweries they will team with, what size they are targeting or geography they prefer is not known now.

Will this form of financing be amenable to craft fans? We will see when the first brewery signs up.

Brewery financing isn’t a sexy topic that generates page views and re-tweets but it is something that really needs to be talked about more and I think with as much creativity as the recipes for our beloved beers.

This past month, I have spoken to many home brewers who are itching to turn pro but are stuck at the financial hurdle. Now getting financing in 2012 is not easy especially for a capital and ingredient laden venture like brewing and especially when you factor in the fact that opening a brewery takes the patience of a saint to work through layers of forms and different arms of the alcohol and tax enforcement bureaus.

But I have to believe there is an easier way to do this. Current brewers always seems helpful to the next generation (in my experiences) and there is always Kickstarter. (though managing a successful campaign is almost a full time job)

And I think the easier way has to come via the city government. There needs to be a business friendly person(s) that can help navigate the the obstacle course with a brewer or baker or a candlestick maker. An artisanal guide to business as it were.

A small office that can set-up a timeline and a check list of things that need to be done but would also liaison with the city, state and federal parties like the alcohol boards and state tax departments to make sure that permits are moving through the system and not delaying opening. Someone who can finesse the system (legally) more efficiently. And while I am pie in the skying here, someone who also contact banks to get loans pushed through that might otherwise be on the cusp of being approved.

It is in the city’s best interest to have more start up business to pay tax and fill vacant properties. The banks best interest is to have loans being paid back with interest.

And if we can’t get city hall to buy into a program like this why won’t the banks. Shouldn’t they have reams of data on each type of business that needs loans. Don’t they see the explosive growth in the craft beer segment. Can’t they actually help someone out rather than gouging people for having the temerity to do business with an actual teller or use a debit card?

I have seen breweries and bars be catalysts for urban renewal just by serving great beer. How about someone make the financing side easier so that the brewers can keep making new and great tasting beers.