Brouwerij Lindemans is coming up from the cellar in April!  I start with the Faro and move on to Cuvee Renee later in the month. Now per the description from the excellent resources at Beer Advocate, here is what a typical Faro should be, “A blended Lambic with the addition of candi sugar for a lighter, quite sweet and more palatable beer. Commonly spiced with pepper, orange peel and coriander.”

Now I have had this beer for just over 2 years.  I purchased it and the Cuvee Renee at the same time from Vendome Liquors near Toluca Lake. 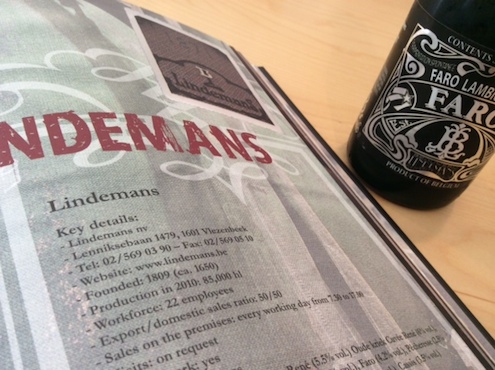 It was a multi-step process to get the beer in a glass.  First you peel off the silver foil protecting the neck of the bottle.  Then you pop the cap.  And then you pry the cork off.  (That is something that I still have yet to master gracefully).  Once open it pours an amber orange color with little to no head to it.  The initial aroma is simple syrup to me.  Also a touch of apple cider  Very sweet smelling.

The taste is also extremely sweet.  But it is counteracted by a bubbly character and a slight bitterness at the back of the finish. There is a slight hint of tartness tucked into as well.  But overall this is not that far removed from an apple cider that uses a more sugary varietal of apple. 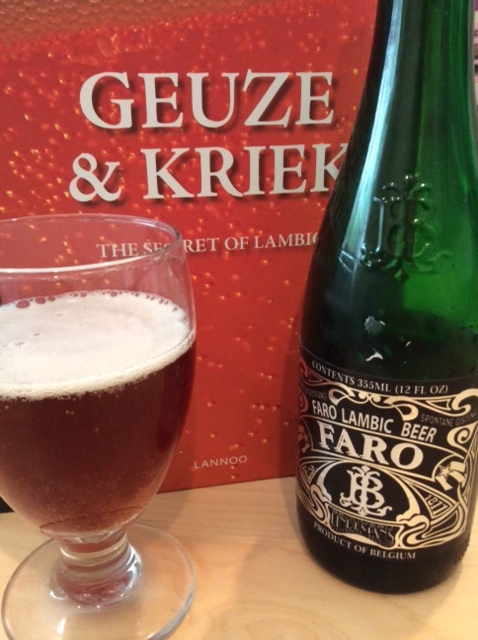 The Verdict: Between the sweet and the bubbly, the sweet is winning the time war.  I have not had many Faro’s so I do not have a comparison vs. what a vintage from 2012 would have tasted like.  (I did not have the foresight to buy one to taste then).  But I have the sneaking suspicion that this lambic would just keep getting sweeter and would also probably get drier as well.  I can totally taste how this would be a gateway to stronger and tarter lambics though.

Let me confess two things. One, I much prefer lambics to sour beer. Two, I still have not had a Faro, especially the one from Boon that sounds damn good. I guess that I need to get off the porters one night and IPA’s the next and get a bottle of the Faro.