On to the 3rd of the 4 beers in this variety pack from Firestone Walker.

Easy is quite low on the ABV spectrum.  Obviously a response to the low calorie arena. This pours a bright yellow. Little bit of citrus on the nose.  Not super aromatic though. Little watery texture in this. There is a good slap of hops here which sticks on the palate. Very old school pine, earthy citrus. 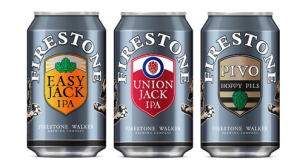 German and Swiss technology right here on the Central Coast is ready to roll out stronger this month as Firestone Walker Brewing will add three new beers to the cans with Union Jack IPA, Easy Jack session IPA and Pivo pilsner following last year’s test run of 805 into six packs this month.

And this is a serious canning line with lots of science-y stuff like ionized air, bubble breakers, inversion of cans and auto assembled (around the cans) cardboard carriers! But the important nugget is that it can, at full speed, shoot out 400 12 oz cans in a MINUTE!

Plus the cans should be perfect to give extra light protection to the light but hoppy Pivo and Easy Jack so that we can get the full impact of the bitterness. And though I know they wouldn’t dare bring any Wild Barrelworks stuff near the line, I think it would be cool to see Feral cans.

Since I am in the middle of two posts about my trip to all places Firestone Walker and since I just reviewed a lovely, light IPA from Kona Brewing  I thought I would review another lovely, light IPA (Session, in this case) from FW. 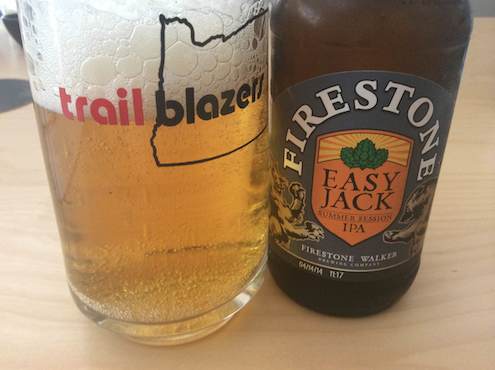 This SIPA pours a very yellow color with loads of bubbles.  Looks more like a sparkling cider than a beer once the head fades down.  I get both fruit and wine notes along a skosh of cat pee in the aroma.  But the taste is delightful.  A mix of citrus notes.  I get orange and lime and lemon all mixed up.  There is a bit of wheat and light grain notes as well but this is a very light drink.  It is not watery but it is quite close.  It is bubbly and sparkles on the taste buds.  The bottles are date stamped so make sure you get a fresh one otherwise I fear that it may not hold that bright note for too long.  It has a bit of white wine character too as it warms up.  Delicious all the way through. 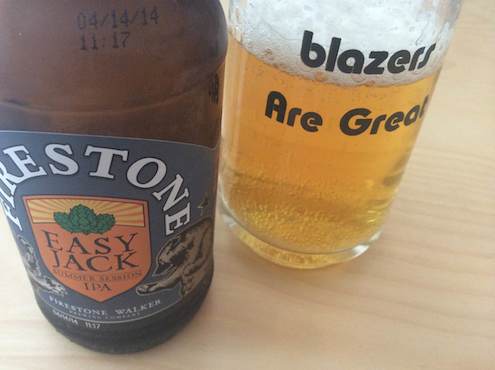 I know that the common perception is that if you write something positive about a brewery then you are just a shill and not a shrewd critical thinker that the brewing industry needs. But when I get a press release from Firestone Walker about a new beer, even one that is jumping on the good ship SIPA, I want to let people know about it. 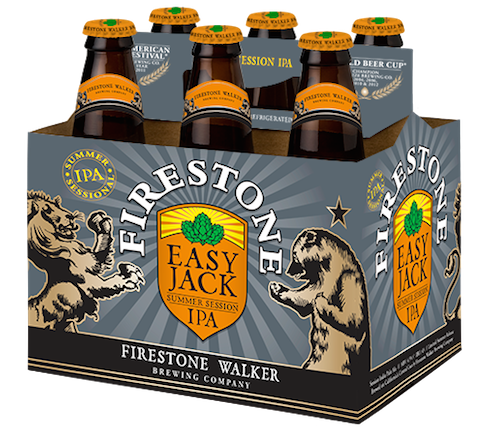 …their new Session IPA, I know that it will be above average (at least).  If not awesome.  And I can tell that by both past performance and by the notes that Brewmaster Matt Brynildson put together just on the hops used.  Read on…

Bavarian Mandarina – Germany
“It’s real orangy, zesty, like a fresh orange off the tree, which I’ve never smelled in any hop before.”

Hallertau Melon – Germany
“As the name suggests, it has this melony, ripe tropical fruit characteristic that complements the citrus of the other hops.”

Mosaic – United States
“It’s a daughter of the Simcoe hop, which is in our Union Jack. It has a nice tropical vibe, with herbal and pine notes.”

Those notes make me want to try single hop beers of the first two (is it bragging to say that I have had an excellent Mosaic from Ninkasi?)