During the downtime between Doctor Who seasons, there has been a whole Time Lord Victorious series encompassing books, audio, video games and even escape rooms. I recently read my second book from this saga, All Flesh is Grass and will try to review it as a standalone book as well as part of a larger story.

I really like the villain of the piece, the Kotturuh. Partially because they are not typical. Not to the level of, say, The Silence or The Weeping Angels but certainly more layered and actually dangerous than many one show creatures.

I did also like the interplay between Doctors 8 and 9 and I wish the book had been just them so that more depth and detail between that pair could be explored. I am a big Tennant fan but I feel his arc is a familiar one. Played out effectively already in The Waters of Mars. His function in the narrative could have been played by a sub big bad on my opinion.

I do like this story and maybe parts of it will come up with the current Doctor.

Now I could pair this with some Tardis blue slushie smoothie beer but instead I suggest getting all three colors of Chimay beer to accompany this book to match the three Doctors.

This choice should not come as a shock to those who read the blog and have caught on to my Whovian tendencies. Normally, I am not a big fan of the simple interview podcast. I prefer strange characters or plot twists or just straight up beer talk.

But I tell you, the way that David Tennant speaks is just great. Such a strong accent but you understand every word and so far, he has been interviewing actors that he has ties with so it is all very informal shop talk. Behind the scenes stuff, actory tidbits and a little, “how I became an actor” backstory.

I would try to pair beers with the guests. Perhaps a golden ale from England for Olivia Colman. Maybe a Tardis blue, blueberry accented sour for Jodie Whittaker. For John Hamm’s episode maybe a Mad Men inspired bourbon-barrel aged stout.

Or you could just hit the nail on the head and have a Tennant’s lager.

It was a very British day yesterday with the Mens final match at Wimbledon followed immediately thereafter with the long awaited announcement via a teaser trailer of who would take the acting reins from Peter Capaldi and be the next Doctor Who.

Congrats to Jodie Whittaker and new showrunner Chris Chibnall. Let’s hope they can bring a steady hand to a series that had some highs and lows the past three years.

Now Game of Thrones has a whole range of beers, and I think it is high time for Doctor Who to get a few themselves.

Here are some suggestions for the BBC to ponder….

Companion Kolsch – light and refreshing and perfect to spend time with

Souffle Girl – a nitro cream ale that puffs up with a foamy head.

Sonic Screwdriver Session IPA – a loud blast of hops that will open up taste buds but not wooden doors.

The Original, You Might Say – a thoroughly English “tele” porter. Quick and dirty like a vortex manipulator. 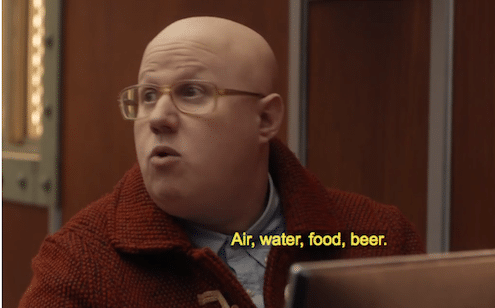 I have vowed not to chase whales but when I saw this Hopsteiner ad on Facebook, literally right after watching a trailer for the new Doctor Who season, I almost broke the promise and became the War Doctor. 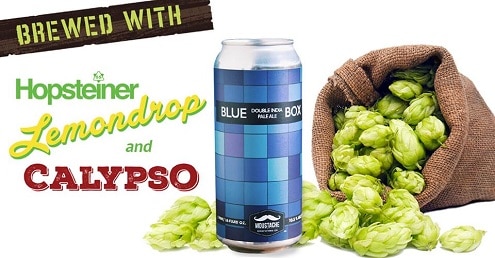 And even though, I am more looking forward to the first Moffat-less Doctor, I would have liked to have a can (or two) of this beer from Moustache Brewing with me as Peter Capaldi completes his run as the 12th.

So, what beer will I be drinking as I watch where Clara, The resurrected Mistress and special guests and monsters go to to find Gallifrey?

Other than this mythical beer… 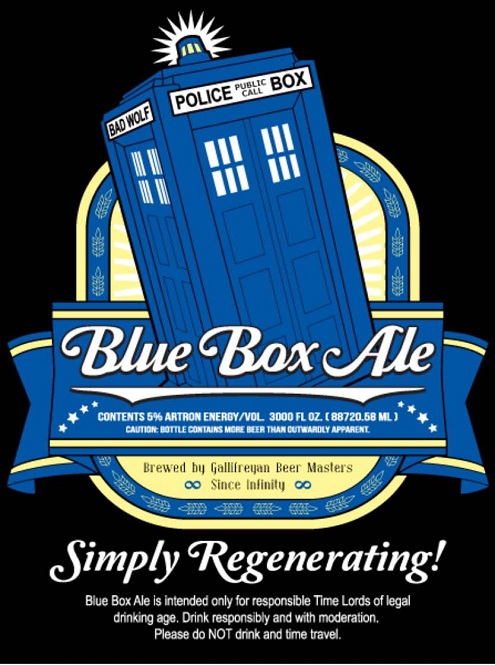 The easy places to start with would be the Ninkasi Space Beer or anything Scottish to match the brogue of Capaldi. Maybe Paradox from BrewDog. Even easier would be Two-Hearted IPA from Bell’s.

Or you could go historical and find your oldest beer in the cellar to make your own brewing time travel trip.

I haven’t decided what I will drink but the whatever the bottle is, it will be exterminated.

…here is the order that I will be reviewing the Sierra Nevada Beer Camp Variety box. Starting with the Chico King and ending at Yonder Bock. 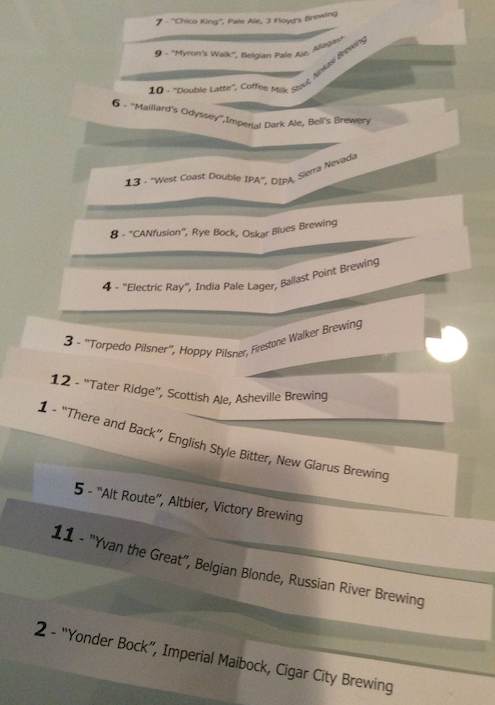 Tomorrow night is the premiere of part 2 of the Doctor Who season!

Yes, not only am I a beer geek but I am also a bit of a Sci-Fi geek as well.  I haven’t fallen as far down the rabbit hole as some folk who dress up in costumes at Comic-Con but when I saw this TARDIS item, (and yes I know what TARDIS stands for) I wished I had added it to my birthday list earlier this year so I could raise a glass while watching the Doctor battle Cybermen and pilot submarines. 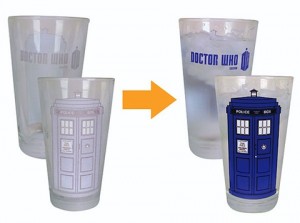 The only question that I have is, “Is it bigger on the inside?”