It is still dreadfully hard to find just the right space for a brewery. Enough space, decent rent costs and not in a neighborhood that is too scary or off the Waze grid.

But there are developers out there who are searching for tenants of the craft beer variety. Case in point, this possibility off the Gold Line in Monrovia… 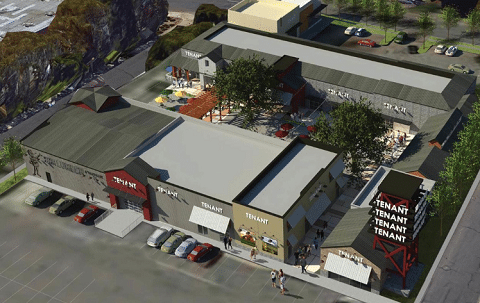 The original home of Monrovia Lumber and Hardware is in the planning stage of “building into an artisan food, wine, and beer village known as, “The Lumberyard at Myrtle Avenue.” Most neighborhoods and cities in Los Angeles have sprouted condos left and right and Monrovia is no different with 1000+ units that would be in walking distance.

There will be “27,000 square feet of entitled brewery, wine, and food space.” This will also include courtyard space as well. And it has the backing of the city who have re-zoned the area around the Metro stop.

…or this proposed bay side concession in Long Beach… 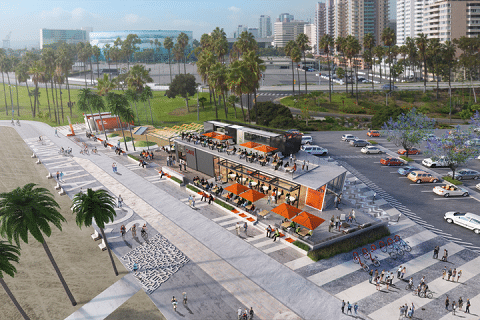 Down in craft beer mecca, Long Beach the Mayor is proposing revamping beach concession stands that could also include craft beer. Smog City has already been lured to Bixby Knolls. Would another brewery want to open a satellite taproom near the waves?

Now if Glendale could set-up some beer establishments in the 900 (slightly exaggerated) condos in Downtown Glendale.