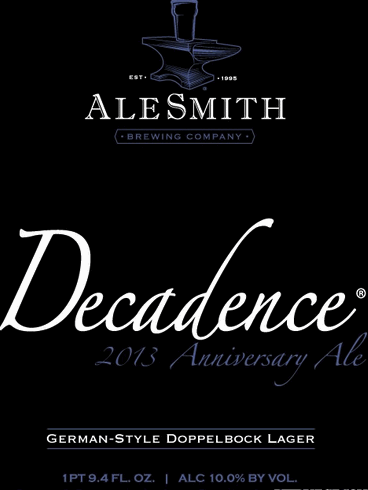 If you think of AleSmith and their Decadence Anniversary beers, and you had to guess as to what style they would brew for 2013, I don’t think that a dark lager would have been amongst your top 3 guesses. And I like it that a brewery can still keep people guessing.

So kudos to AleSmith for the offbeat stylistic choice for Decadence this year.