I have been really enjoying the best of California breweries boxes that I have bought through the California Craft Brewers Association. And this month, the summer box arrived so it is time to dig into reviews of some of the noteworthy beers from it.

We start with two styles that are off the beaten track. A double named beer from Sierra Nevada and a cream ale with a candy twist from High Water Brewing.

I was psyched to have the pale bock but the yellow / orange hued beer was a little one note. A nice malty note with a touch of apple cider but not much else and for a beer that is 6.8%, it tasted bigger alcohol wise. A twelve ounce can would have sufficed.

Break Apart was as advertised. Big orange aroma and flavor. Soft, giving it a creamsicle taste that was quite nice. I didn’t get a large hit of chocolate but the little amount there conveyed that Christmas orange taste.

Not only has TAPS Brewing moved into a new space (that I still have to visit), they are now packaging beer. I don’t know if it will make it north to L.A. but for the Orange County beer lovers, you can get DIPA or Cream Ale. (I would lean towards the cream ale)

Not much Noble Ale Works beer makes its way north to Glendale, more canning resources shifted over to the 16oz IPA’s. Though, I must admit that the names are as funny as every. 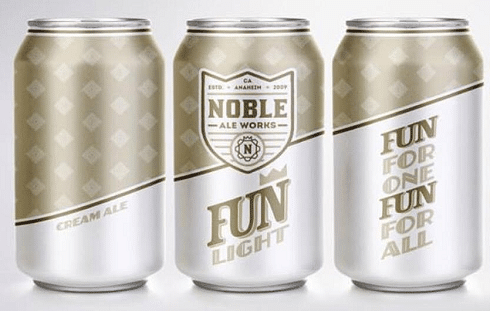 Speaking of fun, the new can design for their new cream ale is quite good, ditching the hop face creepiness of their hop bombs and instead going for a 1/2 regal and 1/2 Industrial lager look to them. I would have added a little royal purple to the shadow of the word fun to break up the gold but I like the flow of the lines from back to front of the can.

Looks like the Session stubbies from Full Sail are branching out for 2015. Currently there is the red labeled lager, alongside the other year-round Black lager. Then there will be a full-time Session IPA. Joining the Holiday Fest lager in the Session seasonals will be an Export lager and a second ale, Session Cream bringing the total ales to two and lagers to 4. All with distinctive colors to make for easy shopping. Of the coming arrivals the cream ale is the one that I would buy first. I prefer the less brewed styles obviously. 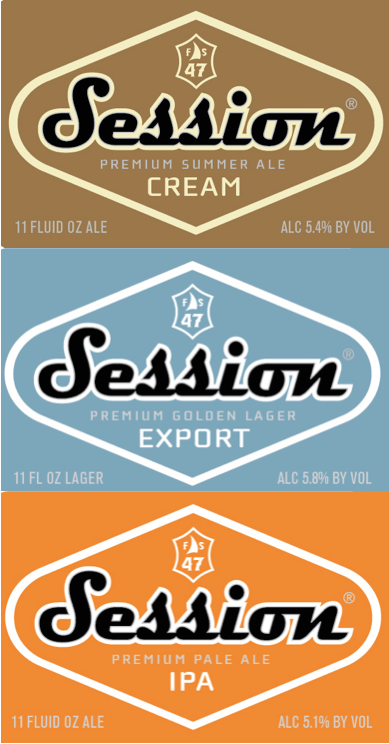 When you think of AleSmith of San Diego, you probably fall into thinking about their IPA or their Speedway Stout. But during summer you may want to choose from a third option, the Cream Ale. Some brewers have this in the repertoire and I am glad that they keep it coming. 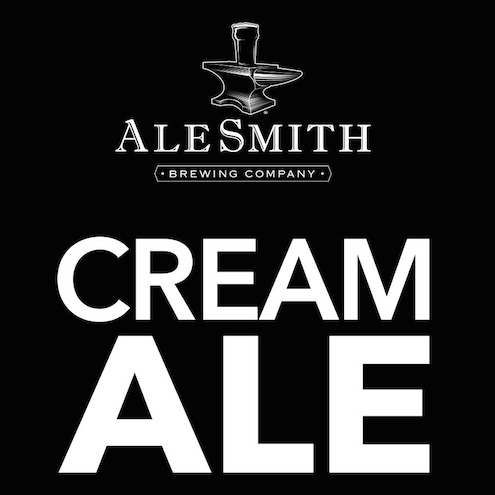 Another addition to the crowded but thriving Oregon beer scene is this Hillsboro based brewery.

These two guys started out home brewing then they just kept making more. The only logical thing to do was open a brewery.