I think that each brewers guild or as many that want to, should do this so that there could be a giant countrywide competition. What makes this competition good is that they have niche’d it to “insane” instead of best. That choice could allow for a best Halloween or Christmas label as well.

Here is this years winner in North Carolina….

File this under, should be done more. Rogue is making a limited run of blank canvas cans for artists and beer lovers to adorn with their own design for the fall – Halloween staple from the Oregon brewery. If I had any (I mean any) skills, I would give it a shot.

I have never been a huge fan of the painted on bottle look from AleSmith (I would describe it as plain and utilitarian) and now if I had any (I mean any) art skills I could do something about it. But maybe someone out in craft beer land will and enter the Evil Dead Red Ale Bottle Art Contest.

Evil Dead Red Ale is an iconic beer on shelves and conjures up all sorts of Halloween imagery and I will be hoping to see not only the winning choice but also the runners-up too to see if I agree with which art makes it on the label.

Artists may submit as many entries as they like to creative@alesmith.com from April 8 to May 9. Check out the AleSmith website for all the rules and regulations.

Maybe 2015 will be your year to win the Angel City Brewery, What Would You Brew? Contest.

If you can cast your mind back to 2013, you will remember the Mexican Cola Beer that won. (and that I thought was quite good). Last year Desert Dreams was the winner with a blend of figs, honey, orange peel, prickly pear cactus juice and sage.

If you have a recipe and a dream you “will have the opportunity to spend a day in the brew house brewing alongside the Angel City team, have their beer featured during LA Beer Week 2016, and receive a custom kegerator, complete with a case of pint glasses, tap handle and tin tacker sign.”

Entries will be accepted through September 30, 2015. You could be brewing in DTLA later this year.

One of the side benefits of traveling in this world of great craft beer is the artwork that you come across. I am usually a fan of minimalist design with colors that are outside the normal palette. Which is why I really liked the design that won for the Threadless IPA. 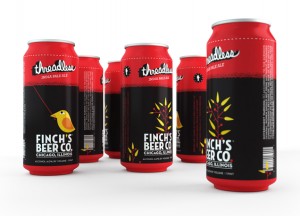 Finch’s beer got 171 design submissions to grace the can of their IPA. It is a fascinating look at what people think of and can draw to fit on a can of beer. And I like how the design called back to the other cans but wasn’t bound to it. The font for the name is well done too. It has a sewing look to it but it can be read and easily too.

Check out the full press release….
“In celebration of The Bruery’s continued growth, the incredible support from our fans across the country and our humble beginnings as homebrewers ourselves, we will be holding our third ever homebrew competition; this one set to determine our 300th batch.
The first place recipe of the competition will be brewed as our Batch No. 300 and the winner will have the opportunity to assist us in brewing the batch on our system if they so choose. The first, second and third place winners will also get various forms of swag.
Along with the chance to have one of your very own recipes brewed and distributed, you will also be helping us raise money for those in need, as the entire $10 entry fee will be donated to Lestonnac Free Clinic, devoted to providing free, comprehensive medical care to the poorest of the poor in Orange County, CA.
Please read the below rules carefully before submitting and good luck to all!
Cheers!
The Bruery

Entry information, terms and conditions
-Entries must be received at The Bruery by January 31st, 2011.
-Only the following BJCP categories will be accepted: 13F, 16, 17, 18, 22 & 23.
See http://www.bjcp.org/styles04/ for more information.
-This is an AHA/BJCP sanctioned event and all entrants must be AHA members (this way the resulting beer can be entered in the GABF Pro-Am competition!).
– This competition is only open to beers brewed by entrants at home, not at a commercial brewery or a Brew On Premise.
-Entries must be sent to 715 Dunn Way, Placentia, CA 92870, Attn: Batch 300
-Each entry has an “entry fee” of $10 (checks made out to “The Bruery”) – 100% to be donated to charity.
-Entrants can submit as many entries as they would like. Each submission must have it’s own recipe sheet and $10 entry fee.
-Each entry must consist of 3 bottles of 12oz or larger (but not bigger than 750ml).
-The downloadable form at www.thebruery.com/batch300 must be submitted along with your entry.
– In order for the winning batch to be brewed, we will require the winning brewer submit the recipe to us. The Bruery intends to produce this batch as a one-time offering, although we reserve the right to brew this recipe as a year-round or a seasonal offering without further compensation to the winning brewer. We will use our best efforts to brew this batch as similar to the winning beer as possible. However, there may be some variation due to the availability of ingredients and brewing system differences.
-The Bruery reserves the right to change the name of the beer.”

So, Sierra Nevada is holding a contest for it’s famed Beer Camp. They asked for submissions as to why someone would want to go.

Here is my REPLY

It’s a little over a minute. If you think it’s funny or even just mildly amusing hit the like button for me. It might help me get to summer camp. 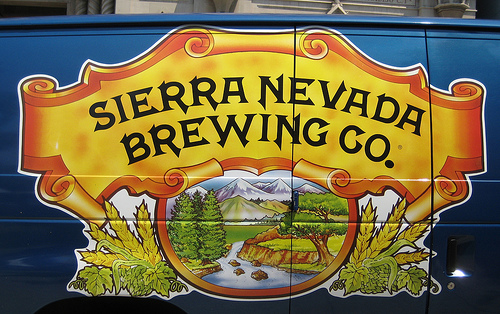 In the past, Beer Camp at Sierra Nevada has been by invitation only.

Now it is being opened up as a contest for anyone who would like to experience beer the Chico way.

As I write this, I am thinking of what kind of entry that I could send their way.

This is my favorite Sam Adams beer release of each year, hands down. Each year it’s dramatically different and you get a wide style variety from a mere 3 different beers. 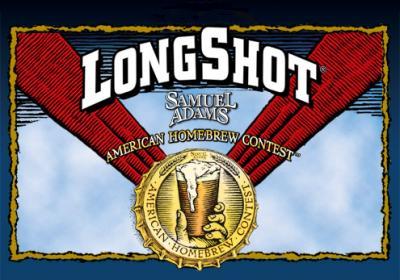 Here is the pertinent information…..
“The 2010 Samuel Adams LongShot variety six-pack will be available nationwide in select retail stores beginning in April for a suggested retail price of $9.99. The variety pack will include two bottles each of Michael Robinson’s Old Ale, Ben Miller’s Barleywine, and Jeremy White’s Saison.

ABOUT THE WINNERS AND 2010 CONTEST

Michael Robinson’s Old Ale is a malty English-style brew boasting notes of dried fruit, nut, and caramel. A slight bitterness balances the combination of five malts in this full bodied beer. Light brown with reddish highlights and good clarity, the ingredients of this English-style brew are all American with the exception of the yeast which is distinctively English. Created to enjoy on cold nights or as an after dinner treat, Mike’s Old Ale is 9% alcohol by volume, about twice that of the average beer. An experienced homebrewer, Mike was recognized as a finalist in the 2008 Samuel Adams American Homebrew Contest, as well as in the 2007 Samuel Adams® Patriot Homebrew Contest.

Jeremy White, who works in the IT department at Samuel Adams, channeled his love of Belgian beers to create his Saison, a classic Belgian-style brew. Jeremy’s flavorful, refreshing and lighter-bodied beer is brewed with Grains of Paradise, an exotic tropical spice also found in Samuel Adams Summer Ale. The peppery flavor is complemented by a slightly sweet aroma with hints of vanilla and citrus.”

Attention Bracketologists! Get ready to hop it up on the way to IPA Final Four. If you love IPA’s like I do then this is a fun diversion to check on inbetween college basketball games. Check out the rules and how you can play along HERE