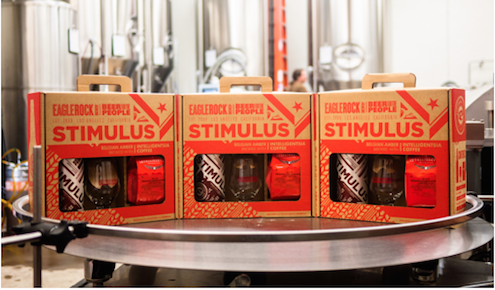 I don’t approve of buying Christmas gifts before Christmas because I am a grinch.  Wait, that isn’t it.  I just like to celebrate Thanksgiving without looking over my shoulder at the next holiday.  But if you are of the kind to buy before then this now annual tradition is perfect.  You get a handy box that you don’t even need to wrap filled with Stimulus Belgian Amber brewed with Intelligentsia Coffee, a special edition glass and a bag of the actual coffee used in the beer. 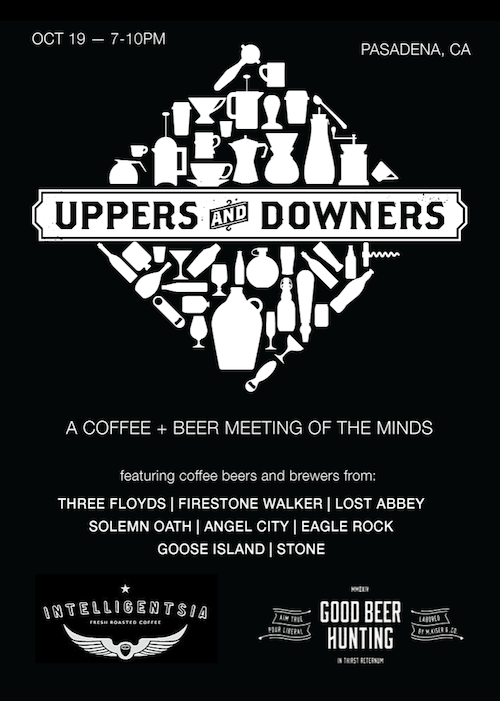 “October 19th, Intelligentsia in Los Angeles is partnering with Michael Kiser, the author and photographer behind Good Beer Hunting to bring together some of the industry’s most famous beers and brewers to discuss, discover, and drink what coffee and beer truly have to offer.

Kiser will lead a panel discussion with visionaries from Three Floyds, Solemn Oath, Lost Abbey, Stone, Firestone Walker, Angel City, and Goose Island. During the talk, we’ll be sharing tastes from a variety of styles, processes, and formulations for coffee beers that represent both the benchmarks and the future of the art. Because as good as some of these beers have gotten, there’s so much more that can be done when we understand the origins, characteristics, and processes of the ingredients in the glass.”

That is an eclectic list of breweries for one event.  And just the mention of Three Floyds gets beer geeks running.  But I am interested in seeing what Solemn Oath is about and what Angel City will bring to the table.

Los Angeles Craft Breweries & Coffee Roasters Team Up with Leading Chefs at Lot 613 on June 16 Los Angeles, CA—Even the gnarliest of old-school dads needs an occasional change of pace from instant coffee, industrial lager and $5 breakfasts… That’s why you’re going to treat your dad to the Father’s Day “Collabrewtive” Brunch on Sunday, June 16 at Lot 613, where his taste buds will be tantalized by leading Los Angeles craft brewers, coffee roasters and chefs—including coffee-flavored beers created specially for the event by each brewery and roaster.

Presented by Firestone Walker Brewing Company and Food GPS, the Father’s Day “Collabrewtive” Brunch will feature six stations showcasing brewery-roaster duos, as well as six food stations helmed by several of L.A.’s most talented chefs. Seating will be communal, with guests free to chart their own culinary adventure, at their own pace.

The event runs from 11:30 a.m. to 2:30 p.m. and isn’t limited to fathers. The cost is $50 ($60 at the door if available). Children 12 years and under are admitted at half price. A portion of the event proceeds will go to Share Our Strength, an organization that’s dedicated to battling childhood hunger.

Here is what the gonzo brewers at Flying Dog have to say about their version of the coffee stout…
“Ditch the yuppies with their overpriced lattes and pour yourself a pint of our robust coffee stout. Brewed with a secret roast from The Black Dog Coffee Company, it’s the perfect balance of nutty coffee flavors and chocolate malt notes. Perfect morning, noon and night, this stout’s velvety taste will make it hard to ever return to your favorite acne-prone barista. (He’ll live).” 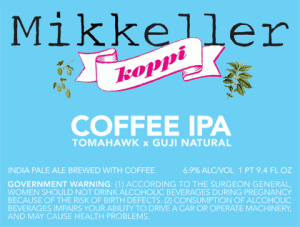 File this under, might work. Two distinct flavors that may fight each other to a standstill. The coffee is called Guji Natural and is roasted by a by Koppi of Sweden. The hops in the other corner are Tomahawk. And it was brewed at Mikkeller’s default brewery De Proef. 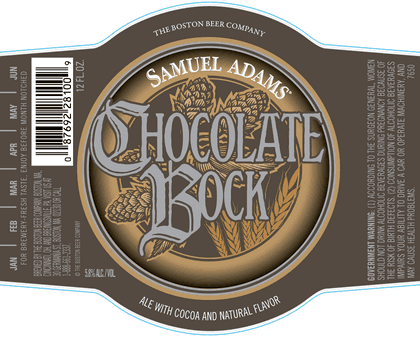 Sounds good. Maybe not in the teeth of the summer, but I should let you decide from this description from the Sam Adams website: “Smooth, rich, and dark, with the robust flavor and creamy texture of chocolate.

To create Samuel Adams® Chocolate Bock, we wanted to take the flavor beyond the taste of dark roasted malt. We started with a complex selection of carefully roasted malts combined with hand selected Noble hops from Bavaria. After using a centuries old brewing process, we slowly aged the beer on a bed of rare dark cocoa nibs from Felchlin®*. Known for their quality these wild cocoa nibs, harvested from the rainforest of Northern Bolivia, impart complex aromas and flavors of chocolate, honey, and vanilla in the beer.”

Here in Los Angeles we are not only blessed with great beer but great coffee too. Groundwork and Intelligentsia to name two. But a case could be made that LA Mill is the strongest of the bunch. And now they have added beer to the menu. Check out the following: 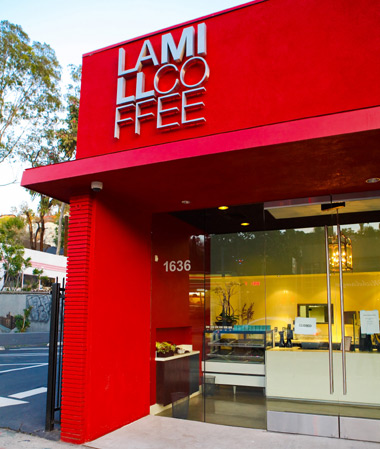 Black & Black
North Coast Old Rasputin and hand drip iced Lamill Coffee
Ozeno Yukidoke IPA
Using five times the hops of other beers, this IPA is well balanced, with smooth flavor, mellow bitterness, and citrusy tones. This hoppy IPA is surprisingly California in style.
Tama No Megumi
Bottle conditioning is the process of putting live yeast into the actual beer bottle. This process is used to continue aging the beer, even as it sits on the shelf. It can be aged for 5 years.
Coedo Beniaka
Fermented for an extended period of time, this premium lager features an aromatic sweetness in its amber tones. This truly unique beer is a rare combination of high quality malts and “Beniaka”, the roasted Kintoki sweet potato of the Kawagoe region.

This is something to buy now and wait for that first cold day of Fall to crack open. Chocolate and coffee are added to this years version.
Happy 21st Deschutes!!

I have got my hands on a bottle of this beer and will tell you later what it tastes like.