I did feel a little self-conscious checking out a Star Wars universe book at my local library. But with the first trailer for the Force Awakens out and the Comic-Con appearance of the stars young and old, I felt a little nostalgic for the original trilogy which is the only set of movies to my mind. (No matter how much you edit the abominations of Phantom, Attack and Revenge or re-order their viewing order.)

But after a long book on Alan Turing that nearly drained me, I needed something light and easy and Tarkin by James Luceno was just that. The book charts the rise of Peter Cushing’s DeathStar Grand Moff from his upbringing on the Outer Rim planet of Eriadu to commanding the construction of the destroyer of worlds. 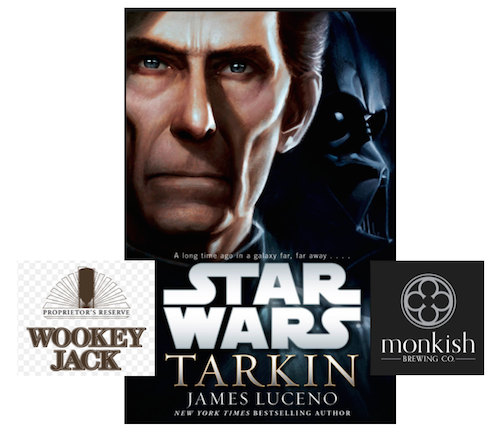 Darth Vader and the Emperor are along for this novel too. Tarkin comes off as a supreme tactician who knows moves way before they happen, with Vader and the Force they seem unstoppable until they come across a rogue who can match them step for step with help from the inside of what will soon be the Empire.

It gets a bit repetitive with T&V making correct chess moves to match the rebel as they hop from planet to star system via lightspeed. Then it happens again and again. The flashbacks on Tarkin’s childhood are good as is how he rose in prominence in the power structure due to the fall of others but in the end this is all just backstory. Something that the actor probably didn’t have unless Lucas had an outline like it in his head. It serves as something that could be brought out in a bit of dialogue and actorly looks on set. But you can’t write every minor and sub-minor character their own backstory in a screenplay so if you are the completist type, this will scratch the itch for more on how Tarkin ended up on the original DeathStar.

Obviously, the beers to go with this are easy to pick. For SoCal locals Galaxy Defender from Monkish Brewing a Belgian-style blonde with grapefruit peels & Galaxy hops would be an excellent choice as would be the Citizens of the Galaxy IPL from Cismontane. No matter where you are in the country, there is probably a Galaxy hopped beer that will do the trick.

Or you could go to the dark side with the Black IPA Hop Vader from Beachwood Brewing or Wookey Jack from Firestone Walker. 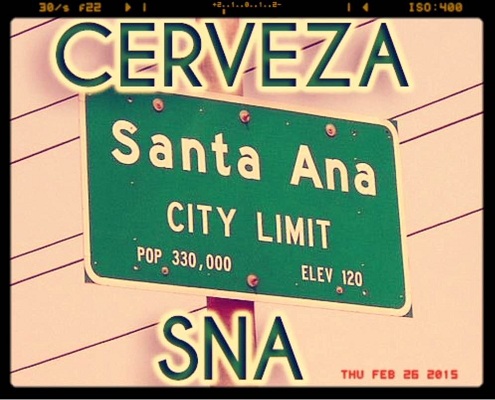 Thanks to Cismontane there is another lager for SoCal. And it is great to have a Vienna Lager, I mean Cerveza, sorry. This style is overlooked even though it pairs very well with spicy and heavy food. Or at 4.6% ABV it makes for a great, uncomplicated Session beer.

Are you ready for another big beer from Cismontane? Then you are in luck because Twilight is upon us…. 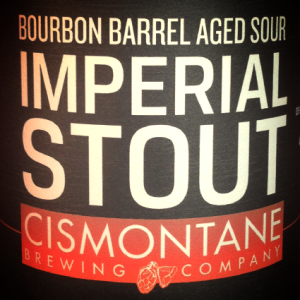 A bourbon barrel aged stout that had some lacto and pedio visitors over to it’s barrel home. Part bourbon and part tart.

Would make a fine cellar addition if you resist drinking it right away.

Cismontane has been bubbling in the background.  Bottles are available but I haven’t seen many events or tap handles of late.  Now I may have the reason behind that sorta absence.

They are building a tasting room, additional brewing facilities and a DISTILLERY too!  The tasting room will be the first online later this month (fingers crossed on my part).  The distillery will be second and very well may be the 1st ever in Orange County. And of course, last will be the brewing kettles and fermenters.  They always are.

They address is 1409 East Warner in Suite C in Santa Ana, not Rancho Santa Margarita. 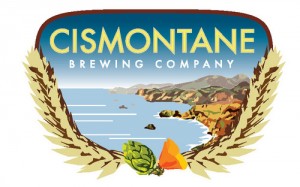 L.A. recently celebrated 2 years of Eagle Rock Brewery and now the two year mark for Rancho Santa Margarita’s Cismontane Brewing. And here is all the information that you need to know about next week’s celebrations…

Thank you to everyone that has supported us over the last 2 years. It has been a crazy awesome ride! Come and celebrate with us over 3 days of beer drinking and events. You will also get an opportunity to tour the addition to our facility and vote on our next beer to be brewed!

· Mountain Bike Ride! Leaves at 11:00 so be there by 10:30. We will be doing a loop from the brewery with a few options so all level riders can come and have a great time.

· Raffle Day: A 1$ beer and raffle ticket for everyone that comes on the ride! Additional raffle tickets with every pint at regular price! Tee-shirts, pint glasses, hats, growlers…

Hang with your beer friends and family

A little change up for the April suggestions. It’s an L.A. IPA edition. And all three are fairly recent to bottles and can.

Anyway, here is the menu from the night. Try to guess the theme…. 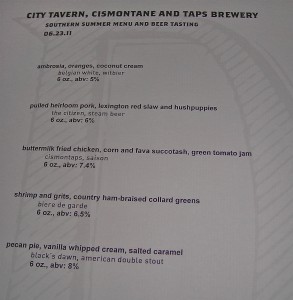 To me, the best pairing of beer and food was course # 2. The spiciness of the pork and the hushpuppies worked really well with the amber maltiness of the steam beer. I mean California common. The Blacks Dawn with the salted Caramel ice cream played well together too but since I am not a big pecan pie fan, it comes in a notch lower. 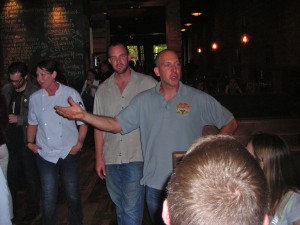 TAPS and Cismontane give us the rationale behind the pairings. It is essential to have this before beer dinners. Victor from TAPS really explained the choices and even how to eat and drink. A little of each food on the fork to catch all of the flavors. 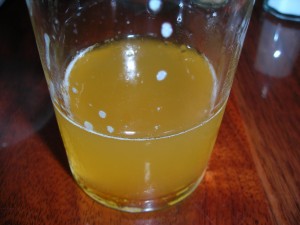 The TAPS witbier that paired with the first course of ambrosia and cream. And below are the buttermilk fried chicken and the dessert at the end of the night. 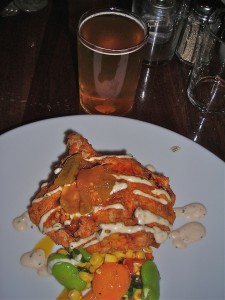 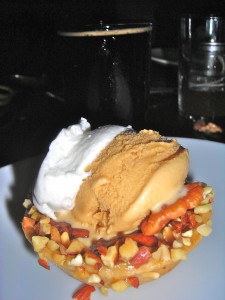 The portion size was good for both the beer and the food. But even so. I was stuffed by the end. And a little filled with salt. My only course correction would be to subtract either the pork or shrimp dish for a soup or a salad one to give the breweries a chance to choose a beer that would work with different food and also to lighten the meal.

If you haven’t been to a beer dinner, you certainly should and if you get the chance to try one at City Tavern. Hop on the opportunity.

I was perusing the IPA list at the wonderful Tony’s Darts Away (which you should go to, RIGHT NOW!) and one of beers was the Coulter IPA from a brewery that I had never heard of before in Orange County.

Cismontane brews the El Modena Brown, Peninsular Pale, two versions of a coffee stout along with the aforementioned IPA.

They have been open since April of this year and deserve a look see from all of you OC and South Bay beer geeks as well as us Los Angeles folk.