The Chicago Brewseum concluded their annual … a few days ago and one of the presentations was on hop growing in California, the Zoom via Facebook link is HERE.

Their Beer History Week is on my beer travel bucket list, maybe as soon as next year. Especially the Ales Through the Ages event.

In the meantime, please donate to their historical cause HERE.

The Chicago Brewseum dropped the following press release recently…”We are pleased to announce that, in collaboration with our friends at Colonial Williamsburg, we will be hosting the first ever Beer History Week, November 4 – 14, 2021!
⁣⁣
The week kicks off with our #BeerCultureSummit (November 4-7) and concludes with Colonial Williamsburg’s Ales Through the Ages (November 13-14). Peppered in between the two unique conferences will be an array of other beer history content from various partners across the globe.⁣⁣
⁣⁣
Information about Ales Through the Ages is out now. Details about the Beer Culture Summit and other Beer History Week related events will be released this summer. Whether you join us in person or online, we hope to see you as we roll out the (beer history) barrels this November!⁣”

My habit is to see what other beer cultures are planning and then transplanting that germ of an idea into an L.A. context and that is exactly what I thought of when I read about plans for the Chicago Brewseum, a project to bring a gastropub and beer history of Chicago together. 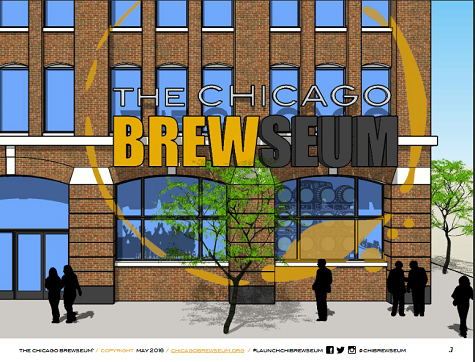 It would be excellent to have a true hub for Los Angeles brewers and since we are so young (in brewing terms) it could focus less on history and more on the future. A place that served L.A. beer only and was the meeting space for the Brewers Guild as well as for beer events for L.A. Beer Week and beyond. A brewery inside would be too much to ask but maybe it could be the home for home brewer meetings as well with a small brewing system inside. Perhaps it could house the offices for Beer Paper LA and have a library of resources for research for writers and bloggers. I have in my mind’s eye, something like the Annenberg Space for Photography but with beer. And near a Metro stop would be good.

A bit Pie in the Sky for sure. It would be hard enough to find a space to accommodate all of that and be central to such a far flung populace.