With spring well underway now, it is time for the seasonals to roll in and one of them is from Figueroa Mountain.

Perfect for evenings at the Magic Castle.

Bear Republic Brewing has started sending out cans of their iconic Racer 5 IPA. I certainly hope that this emergence will mean that customers will pick it up because they see a can that says IPA and discover or re-discover this gem of a hoppy beer. Secondly, I hope it means that Bear Republic will start canning their other beers as well as well as one-off’s and seasonals.

Even the traditional beers of Europe are starting to show up on our shores in cans. Paulaner will be bringing their Germanic beers such as the Hefe-Weizen and Lager to us in 16+oz cans.

This month, the featured review spotlight is on Figueroa Mountain and we start with their newest IPA, Point Conception.

Point Conception pours a bright orange clear color. Jammy and spicy hop nose. First sip brings the West-Coast bitterness that is quite different from many IPA’s today. Pepper note constricts the mouth a bit.  Grapefruit notes come in lightly. This is quite a wet beer despite the spice profile.

Not in a too much lactose way, but in a positive way because of new Guinness – Baltimore cans of…

It has been awhile since the internet has provided a “Do We Need This” topic but thanks to Stone Brewing, we have one.

This Wookie Can sling (bandalero?) seems more fit for a beer geek walking into a wild west town of industrial water lager drinkers to teach them the true meaning of beer.  Maybe with Yul Brynner or young Clint Eastwood plus John Wayne.

But why not use the eminently re-usable plastic can seals that come when you buy a four or six pack.  Snap them onto the beers you want and you are ready to go.  Myself, I have a bag with little pockets for my beers that I use.  Either way, you will be able to carry more than this canny pack.

Needed? Not really, let’s use what we already have.

This 16oz can is “a traditional Belgian style Tripel Ale. Complex flavors of sweet bread, cracker, and spice make this beer perfect for your holiday season.”

Sunday is the best time to beer travel in Los Angeles. There is still traffic but I plan my longer trips for this day. I also like leftovers days, those days after a big event. You might not get the “it” beer but you almost always find a chill vibe.

That is all preamble to my trip to Moorpark and Enegren Brewing for what is either my 2nd or 3rd visit. I have had their beers in between visits of course, especially now that they can (with their very own machine no less) and I can pick up their German inspired beers closer to home.

This Sunday was the day after Oktoberfest and the tents and chairs and signs were being brought down as I walked in. A few people had beat me there but I saw a nice full tap list and got to talking with Chris Enegren himself which is always fun. 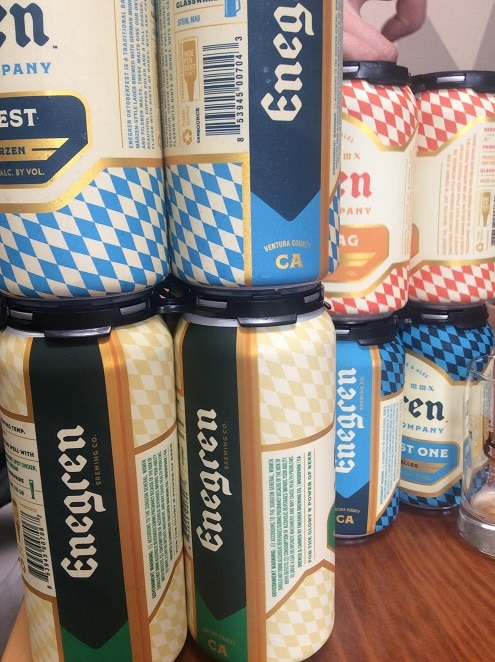 I took to the lighter options more than the darker ones on this visit. Edel-Pils was my favorite with a lovely potpourri aroma and bright clear finish. The Rasenmaher Bier (AKA lanwmower beer) was quite good too. It had a quick lemony hop hit and then finished simpler which is great for our continued hot days. The aptly named The Lightest One is a great Fall sports beer. One of those that you look down and it’s half empty.

The Oktoberfest and Dunkel were nice examples of the style. Simple and direct. Whereas the Blondefire was pure BBQ smoke. If you like that Bambergian Rauchbier, this is a balanced (for a smoke beer) version. All of the beers gave me renewed confidence to pick up their canned offerings when I see them.

Enegren has more plans in the making, including expanding their space on Flinn Avenue as well as other growth as well. Just don’t go looking for hazy, unless you are hankering for a hefeweizen. 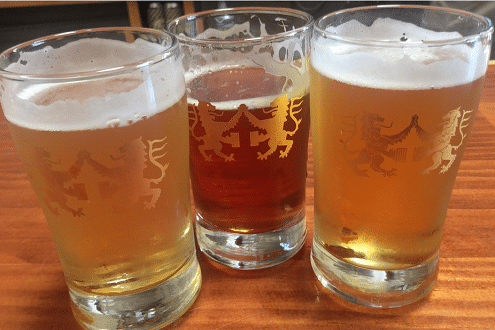 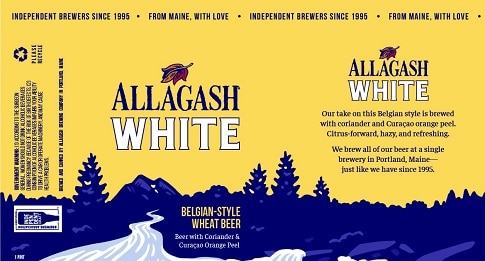 As much fun as 16oz of a DIPA can be, that size is better suited to lighter ABV beers, and as I have been a bit nostalgic for the flagships of yore, it is heartening to see that Allagash White will be packaged into cans. I will be re-visiting and maybe even re-reviewing once I find the new can on shelves. 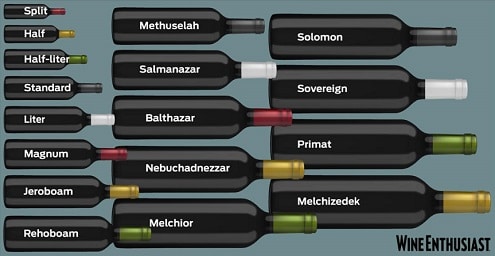 …a handy size chart of ALL of the bottles.

Now if I had any design skills at all, I would have created TWO beer versions. Thankfully Vinepair did all the heavy lifting…

To be honest, I have never/ever seen a Nip-Pony-Grenade or a Caguama-Ballena so maybe that is the internet making things up.