First Deep Ellum Brewing filed suit against the CANarchy group and now another defection, this time close to home as Three Weavers Brewing is buying back what was sold a previously so the collective seems to be splitting at the seams.

Three Weavers and Inglewood have a SoFi growth spurt in front of them as the state and city re-open and in advance of Olympics in a few years time so that was probably part of the decision making process.

And does this mean that collectives are just not conducive to craft beer?

One of the benefits of a network of breweries banded together is getting beers from out of state and now CANarchy and their IPA Mixed Pack will get us some Deep Ellum beer since we get the other (3) already. 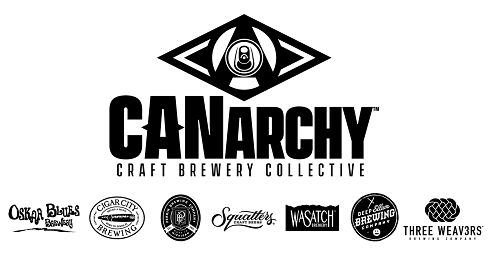 I have asked in a couple of blog posts for a communal space for all L.A. County Brewers Guild members where beer can be poured from all over L.A. from one cold box.

Well the CANarchy group has taken that idea for the breweries under their umbrella and will be openind a Collaboratory in Asheville, North Carolina.

They are taking over the Lexington Avenue Brewery and under the guidance of Wayne Wambles from Cigar City, will re-open the space “for frequent collaborations not just between breweries within the CANarchy Collective, but within Asheville’s local brew scene, and national and international breweries as well.”

It sounds like a fun way to always have collaborating going year-round instead of just on a haphazard basis. Just wish it was on this coast.

The Collaboratory will open in March 2019 after the space undergoes renovations to maximize the brewing capacity.

Don’t forget that I write for another audience (plus some Venn diagram cross-overs) on Food GPS.

So please check out the following….

+ I also reviewed a book instead of a beer for The Full Pint, read it HERE.

Market opening launch events will be popping up onto calendars for late February, March and April. Cigar City Brewing reps will be coming in from Florida to spread the word about their beers.