There has been quite some noise coming from the British craft beer scene. Not that we can get much of the beer here or travel there of late but maybe we needed to get this book from Matthew Curtis first to re-acclimate us to what is going on the UK.

Kind of a “How it Started, How’s It Going” view.

Modern British Beer is available but only via CAMRA’s (Campaign for Real Ale) website for those in country. For those anxious to order in the U.S., try these three retailers: Waterstones, Blackwells and Book Depository. 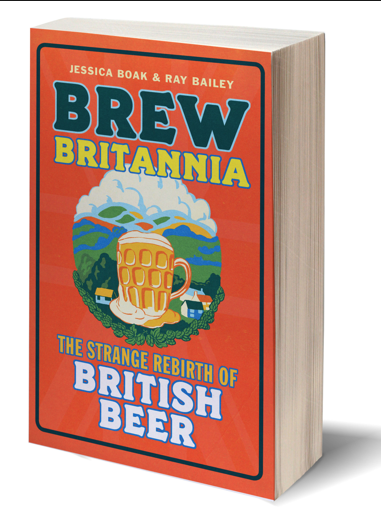 One of the first beer book purchases of Christmas was this British book from Boak & Bailey.  Two names that should geek out beer bloggers.  Brew Brittania is a revelation to someone like me, who knows next to nothing about the British version of the craft beer “re-birth”.  And I apologize in advance for the repetitive comparisons to us and them.

This book covers the post-war British scene and rolls forward to current time.  And it does so clearly and confidently.  You learn about who started what breweries and organizations and the major players and charts how the current scene came about. It is a history book that also has a clear line of opinion through it.  Which is a mixture that I truly like.  And it treads that line very well in respect to the one organization that British beer has that the U.S. certainly did not.  CAMRA, the Campaign for Real Ale.

If you think beer bloggers have become a bit divided here, CAMRA has us trumped in causing factions.  But without them, I do not know where British Craft brewing would be.  And that is the fair point that is delved into in the book.  You see the whole arc of the organization and how it has to come to a bit of crossroads now.  You will have more respect for CAMRA but will probably be more worried about what they will do next.

You also learn about how Martin Dickie went from Thornbidge to BrewDog.  There is also a solid appraisal of BrewDog in the pages that shows why they PR tweak people and some of their mis-steps in that regard.  All the stuff before they started touring America for TV.

British beer lingo is on display too. Cuckoos being my favorite. Brewers who use another breweries system in off hours. Or Loopy Juice, a term for what I gather is sub-par homebrew.

At the end, I have so many places that I want to visit now.  Magic Rock, The Euston Tap, Barley Mow and Wild Beer in particular.  But what the strong suit for me was the timeline in the book.  I will be referencing when Cascade hops hopped the pond, the rise of Michael Jackson and many other turning points from this book.

Brew Brittania is a tremendous read that really illuminates a slice of beer history. And it truly answers the question posited in its early page, ” How did beer get so hip?” 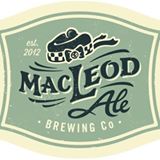