Taste off time! Two Goses go into the ring and only one comes out the winner.

In one corner, we have the Briney Melon from Anderson Valley Brewing v. the other time from Sierra Nevada. 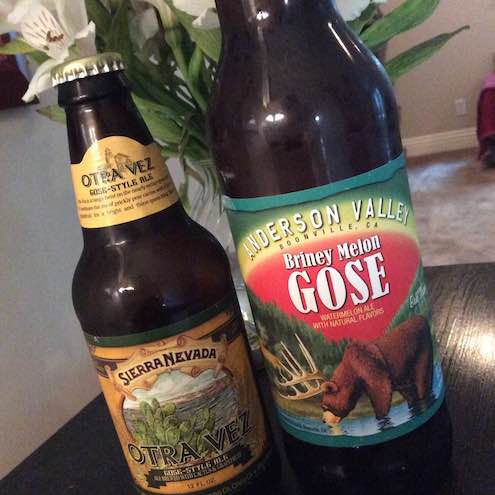 Otra Vez
Pours a pretty a bubbly light yellow but then darkens to a big of a urine color. This has a tang to it right off the bat as the salt and citrus hit the palate. Quite spritzy.  Grain taste tucked away shows up at the end. Which is where the prickly pear also shows up along with more grapefruit. All the ingredients listed make a distinct appearance.

Briney Melon
Jolly Rancher here and in full effect. The aroma is a bit off putting but there is watermelon in there. Really more tart than OV with less salt that might have balanced this out. The watermelon is quite fake tasting to me and the taste really sticks to the roof of the mouth. 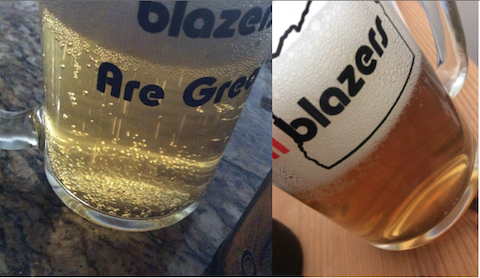 The clear winner is the Sierra Nevada.  It shows off each ingredient without lessening the impact of the other while still being close to the base style as well.