Border X the Latino-owned brewery with locations in Barrio Logan and the City of Bell is entering another part of the family business, partnering with the Mujeres Brew Club bringing together husband and wife David and Carmen Favela. The new taproom brewery will be housed in the former Alta Brewing location as a nonprofit company with the ultimate goal of empowering women within the craft beer space.

Of all the “in limbo” brewery projects, this is one that I really hopes goes according to plan and if it succeeds the LA brewery might get a version as well.

Here is your handy link spot to read what I covered in Brew & You in March….

Mark visiting a brewery in the City of Bell off my list as last weekend, I made my 1st visit to Border X Brewing.

Right across the street from the Bell House is the expansive corner space of San Diego born, Border X Brewing. The brewery opened this weekend with a slate of festivities from political speakers, a blessing ceremony, some serious drumming skills and big crowds.

The big space has a large balcony a long bar stacked with branded merchandise and lots of great art on the wall.  There is actual parking in back too as well as some unfinished sections of the space.

There were 13 taps flowing at the start and only one was an IPA.  But there was Horchata, hibiscus, pepino, agave and a laundry list of ingredients that you don’t normally see in beer and certainly not in one space outside of say, Pacific Plate.

I should have ordered the taster tray of four.  The tray was well constructed and gave a bridge effect.  I went straight for the Biere de Garde since I so rarely see that style then went back and waited in the slow moving opening day line for the Horchata Golden Stout.  Below are my little capsule reviews:

Cinnamon, spice, Big ABV tasting, Not as sweet as expected, A bit silky.

I look forward to seeing their beers on tap around town and to sampling a wider range of their beers. 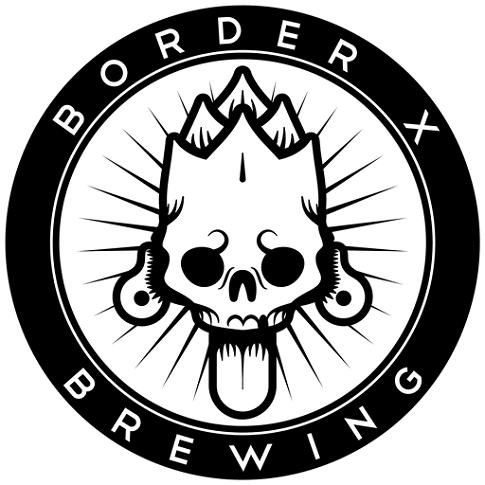 Craft beer is coming to the City of Bell in the form of Border X Brewing.
Partners David Favela, Alberto J. Lemus, and Diego Torres-Palma started in 2014 down in San Diego and are venturing north much like fellow SD brewery Modern Times did.
Border X has a focus on traditional brewing craft brewing methods highligted with Mexican ingredients.

The space in Bell (on Gage Avenue) was formerly used by the Golden Bakery and will now house a 7,000 square foot brewery.