I had not been a beaming fan of the last chocolate beer that New Belgium produced, but the imprimatur of Ben & Jerry’s and the addition of cocoa and vanilla powders to this beer was enough for me to buy it.

The ice cream beer (as I will call it) pours a medium brown color with a reddish streak to it when held up to the light. The aroma is a lovely milk chocolate. I don’t know if I would equate it with brownies, per se, but it is very nice. The mouthfeel is light but there is a swirl of both chocolate and vanilla that is redolent of a milkshake along with a toasted malt note as well. I am also catching a bit of salt intermittently too. And part of the proceeds of the beer towards combating climate change.

This practically begs to be paired with ice cream. Maybe not Ben & Jerry’s which might overwhelm it, but maybe a nice plain vanilla bean. 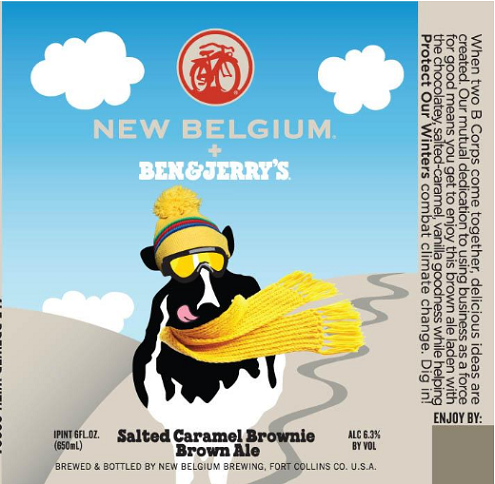 Salted caramel brownie ale. Sounds too much by even Ben & Jerry standards. Maybe if it is light enough on both the salt and the base beer then the chocolate notes and the caramel will be able to play off each other in a balanced way. But New Belgium does have a way with chocolate and they have done stranger beers.