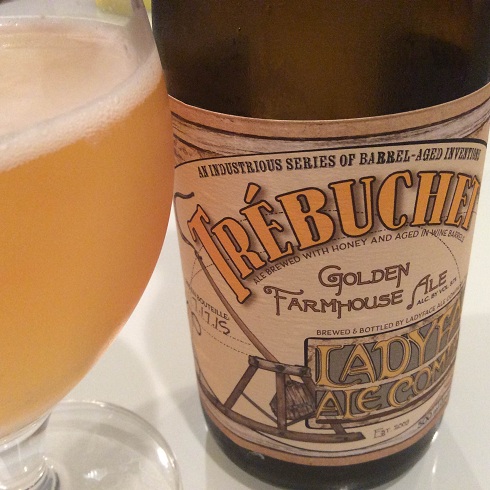 This golden farmhouse ale pours a bright and haze free orange and boy howdy this is a tart freakin beer! Even the aroma is tart with notes of wood

There is a slight touch of honey in the flavor but the tart just blossoms over your palate and after a short respite blooms again as it rolls down your throat. Loads of white wine character adds another aspect to this beer and I no matter how I tried, I could not pin down another flavor component that broke through the tart momentarily.

Even for someone who is used to sour, this took me aback. I would like just a slight dial down of the tart but I can only imagine that others really like how sour the Trebuchet goes.

There is going to be a new addition to the beer shelves in California.  Adelbert’s Brewery, a Belgian-style brewery based in Austin Texas, is expanding here.

California will be getting the new beer The Traveler, as well as Black Rhino, Philosophizer, Flyin’ Monks, Dancin’ Monks, Tripel B, Scratchin’ Hippo and Naked Nun.

They join Jester King who have been in California in limited amounts for a few years now. 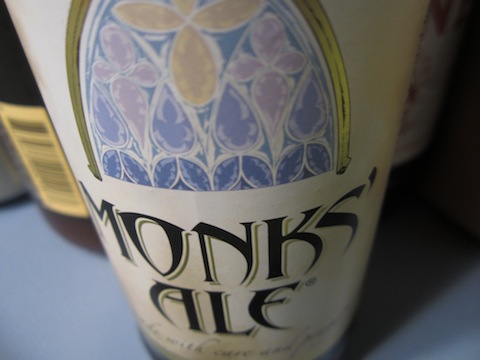 Made with Care & Prayer is the motto of Abbey Beverage. They are semi-new now to the L.A. area and this is my first beer from them.  Here is the review: Love the stained glass look on the label though I would like to read more about the brand on it. Pours a light orange with minimal head. Has some of the dubbel spice to it. A touch viscous. Some orange notes in the background too. A bit of a bready cinnamon roll aroma. Simply, I enjoyed it. 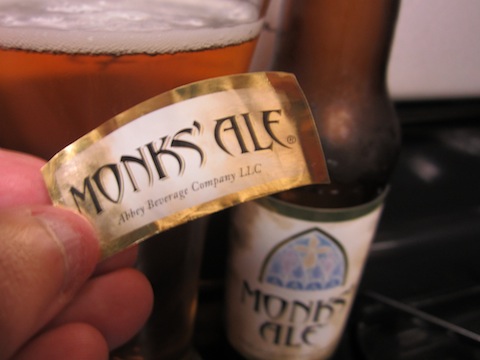 Here is what the Abbey says about their beer, “Monks’ Ale is an excellent session ale that is distinctively spicy with moderate fruity esters (particularly stone fruits).  The yeast lends a note of clove and in combination with the malts, hints of plum and apricot. The malts provide a distinct honeyish quality up front and round full middle.  The malts and yeast provide a clean, crisp, dry, finish to Monks’ Ale.”

Our tour of Seattle begins with Justice Brewing. AKA, the “nanobrewery your mom warned you about”.  They (well, he) are based in Everett, a suburb of Seattle.

They still have some red tape to cut to get a tap room open but they are brewing Belgian style beers like my following choices:

13 Questions Pale Ale – Single Hop American Pale Ale – Traditional American Pale Ale, brewed with a rotating selection of hops. Premium 2-Row Pale Malt and Munich malt with a touch of Wheat followed by 40 IBUs of hops and finished in the fermenter with even more hops for aroma. We strive to make this a well balanced pale ale. Hop variety varies on availability. Currently brewed with Bravo Hops.

It may take some searching to find their beers but that is what craft beer geeks do, search high and low.