Generally, I am not a fan of IP appropriation but in this case, Long Beach Beer Lab has done a great job melding their style and signature animal to great Bond affect. Reminds me more of Pink Panther in that way.

This shout out is for the beers themselves over the labels Anyone that uses Sorrel in a beer and then turns around and does a coffee Schwarzbier is to be commended. Thanks Guinness – Open Gate.

Now that season 2 of the Taco Chronicles is available on Netflix, you have an emoji bedazzled beer to drink while watching. Party Beer Co. has created a fun and vibrant label for their taco cerveza.

I am not a baseball fan but the design of this new IPA from El Segundo Brewing has a lovely expanse of green to gaze upon that reminds me of hops.

Mixing the mundane with the outer space is this cool label from Mason Ale Works. I really like it when breweries use equipment in their beer names over ingredients because the latter always tends to end up as a bad pun. Adding a moon mango is a great little design touch too.

This new Deschutes beer has just the right antidote for the depressing times. Beer as hug therapy. Very cool.

⁣
I am staying local for the July edition of fun beer labels, starting with Professional Human Being a Hazy IPA Double Dry Hopped with Nelson, Citra and Wai iti from Ambitious Ales in Long Beach.
⁣
I like the simple color stripes and the brainiac / scientist and the name is fun and ironic considering how inhuman some people are acting like.

Nearby-ish, Burnin Daylight has a beer from somewhere else…

…which is appropriately hopped with Galaxy (and Simcoe). What I like is the Cosmos colors and mirrored names. It works really well and as a Sci-Fi nerd, anything about parallel universes is fun.
⁣

…yeah, the image is janky and crossing movie franchises in a bad way but the name is golden. “I’ve had it with these motherfucking IPAs at this motherfucking brewery” is just funny even if hidden in a weird vertical format.

Speaking of lightsabers, a better and fully executed concept comes from Swamp Head Brewery with their Imperial Entanglement…

…brewed for May the Fourth, the design is simple but I really like the addition of their tree logo to the star field and the tie fighter look is retro arcade which is super cool superimposed on the Death Star.

Brewers and breweries scanning for beer names that are original and won’t create a future cease & desist letter might have thought that the Twit-in-Chief would provide fodder for them like he has late night comedians.

And I have seen a few… 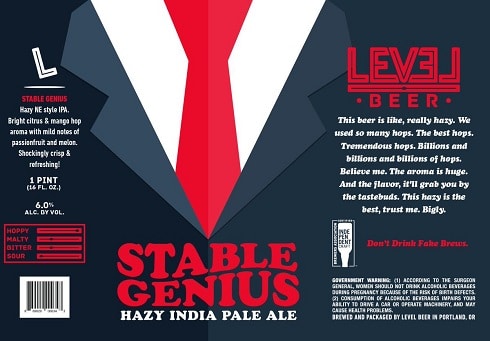 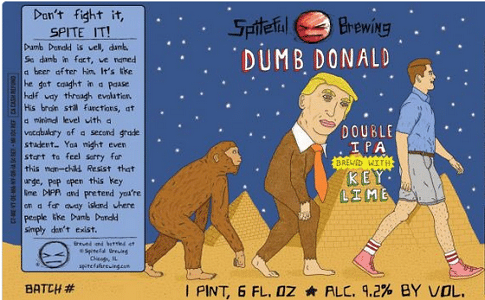 ..and what Bob Mueller probably drinks. 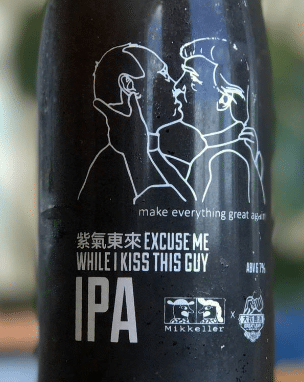 Not to stomp all over a person’s creativity but to me, it is too depressing and too easy considering what a vainglorious psychopath SCROTUS is and the damage he is inflicting which won’t come out in the first wash when we get a presidential President again. The first chuckle and grin is just followed by, ugh.


My suggestion, start putting actual good Presidents on labels or an Obama quote instead.

I have mostly done hard pass when it has come to Kickstarter over the past 1/2 year. Too many gimmicky items or items that had surpassed their funding goal on Day 1.

But, since I love a good label, the 48 Beer Project caught my eye. 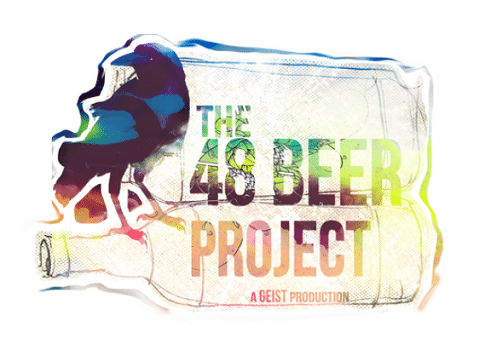 If this comes to pass, it will be a great look into the design process.

Coasters.  Beer geeks have a ton of them.  Usually the cardboard kind.  They eventually fall apart and get tossed.  But what if you could remember a favorite beer or brewery for a much longer time? 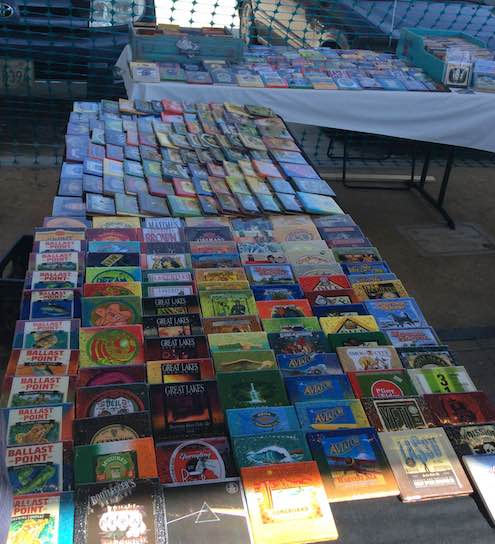 As if Firkfest wasn’t already great with the beer and the chili but then they had Nick Gingold with copies of California Brewmasters on hand but you could also get some high quality, SoCal made coasters.  I even spied a Brew 102 coaster in the “classic” section.  Check out Stella Divina for your next beer gift.

I got to taste my first Packinghouse beer which is semi-close (depending on freeway traffic) to L.A. while I was in Denver. I know it was a long way to fly for their beer but now it appears that a closer option may be at hand.

I mean bottles of both their stout and pale ale among others. Feel free to geek out on the labels like I did. (I seriously like to see new breweries in southern California) 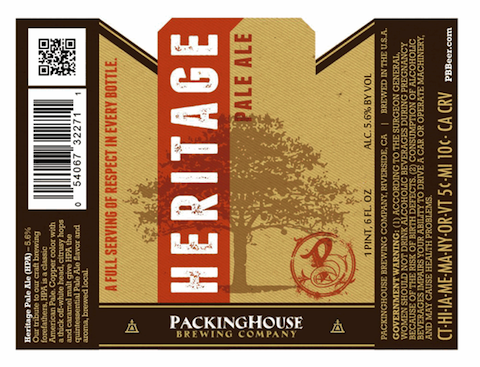 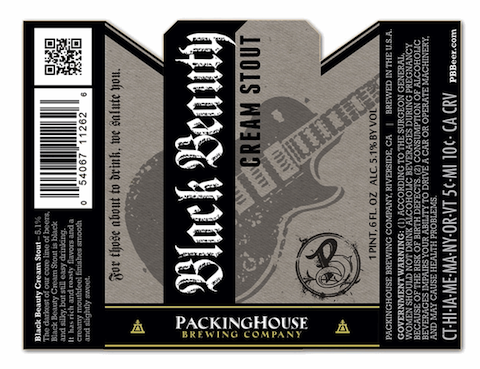 Hopefully, some of these bottles will make their way out to Glendale and my ‘fridge.

One of the great pleasures of going through the Oxford Companion to Beer is finding little gems of information that you did not know about before and the latest one that I have found (I am only in the B section) is about this breweriana group by the name of the Labologists Society.

Here is a short bio from their website….“The common paper beer bottle label was first introduced when the heavy duty on glass was repealed. As a result bottled beers began to feature more prominently in the brewer’s repertoire. The label has come a long way since the original, small, simple, strikingly beautiful examples of the designers art began appearing around the 1840’s.

Although the collection has not been discovered yet, acquisitive individuals being a type always present in society, the first collector of beer bottle labels must have begun conserving labels from that time.

In 1911 a young collector called Norton Price remembered as a boy soaking labels (some now unique) from returned bottles in his father’s off-licence, and during both World Wars, when soldiers were forbidden to mention details of their postings in letters home, a simple beer bottle label from a local bar secured in a small album, served as an aide-memoir for future reference.

However it was not until 1958 when three label collectors got together, originally with financial support from Guinness Exports Ltd., Liverpool, that the Labologists Society was formed with the idea of uniting collectors world-wide. Today the interest in Labology is truly international with clubs and societies in the Americas, Australasia, the Far East and throughout Europe.”

They also host a yearly “Label of the Year” charity contest. A great way to highlight the art of the label and help some people out.

Their website is being worked on so I will be returning to see if the gallery is up because that would be a fun way to while away the time.