It would be safe to say that back in 2010, no one would have predicted that beer shoppes would be primarily filled with 16oz cans. Bombers were the reigning king and cans were seen as the realm of big beer.

It is not too early then to guess as to what will be the package of preference in five years time. Maybe this….

…yeah, I doubt it too due to simply figuring out how to shelve them. But the question still stands. What will we be pouring our beer out of. Cans or bottles? What size? Will 10oz stubbies reappear?

So, it doesn’t take an eagle eye to notice that this occasional feature is a thinly veiled mostly “not” post. But, in the interest of fairness, I thought I would add something that I would like to see… 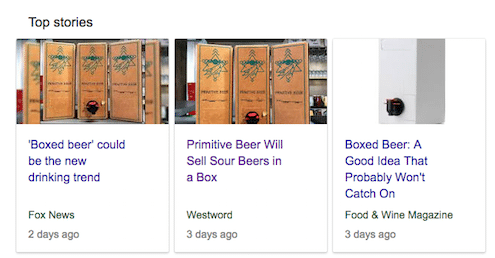 …yup, that is beer in a box. And it is obviously not a scalable venture. You can read more HERE and HERE but I like this idea as a fun way to show off beer at a house party or to encourage sharing. Especially when it comes to wild and spontaneous beers.

So kudos to Primitive Beer. This is the first Needed of Needed or Not?