Skip to content
Via The Beer Babe and the Strawbery Banke Museum comes this peek at East Cost craft beer history.

“Four Portsmouth breweries – The Portsmouth Brewery, Redhook Brewery, Smuttynose Brewing Co., and Earth Eagle Brewings — are working together with Strawbery Banke Museum to present this year’s special exhibit, “Tapping Portsmouth: How the Brewing Industry Shaped the City,” opening May 1, with additional sponsorship from Kennebunk Savings Bank.To celebrate both the extensive history of brewing in Portsmouth and the extraordinary conjunction of major breweries, brew pubs and home brewing styles and ingredients (including heritage plants, herbs and hops from Strawbery Banke) on the Seacoast, the brewers are creating three collaborative beers.
… • A Colonial-style ale, brewed at Earth Eagle, made from turnips, a splash of molasses and spruce tips;
• An Industrial-era porter will be made at the Portsmouth Brewery with Strawbery Banke ginger and molasses;
• A “super hoppy” IPA, Stride Wide Ale, at Redhook”That Porter sounds like a great beer to have in hand while checking out the exhibit!

“The fascinating yet largely unknown legacy of the cultural history of beer in New York is uncovered in Beer Here: Brewing New York’s History at the New-York Historical Society. The exhibition traces 350 years of the production and consumption of beer in the city—from colonial New York, when beer was a vital source of nourishment and tax revenues, to the current artisanal revolution occurring in microbreweries throughout the state. This exhibition is on view at New-York Historical through September 2, 2012.

Beer has been brewed in New York City since the days of its earliest European settlement. Beer Here: Brewing New York’s History will begin with an exploration of the colonial period in New York when beer was often safer to drink than water, and noted citizens brewed beer as just one aspect of their business activities. It will then take the visitor up to the present popularity of microbreweries and homebrewing. Topics include the nutritional properties of colonial beer and early New York brewers in the age of revolution; infrastructure innovations and the importance of access to clean water; large-scale brewing in nineteenth-century New York and the influence of immigration; temperance movements and the impact of prohibition; bottling, canning, refrigeration and other technological advances; and the promotional efforts of the City’s breweries in the age of mass production. These topics will be highlighted through a display of historical objects and documents such as a 1779 account book from a New York City brewer who sold beer to both the British and patriot sides; sections of early nineteenth-century wooden pipes from one of the city’s first water systems; a bronze medal that commemorates an 1855 New York State temperance law; beer trays from a variety of late nineteenth-century brewers; souvenirs from the campaign to repeal prohibition; and a selection of advertisements from Piels, Rheingold and Schaefer, beloved hometown brewers. The exhibit will conclude with a small beer hall that features a selection of favorite New York City and State artisanal beers.

“Beer is an important cultural influencer,” explained Debra Schmidt Bach and Nina Nazionale, curators of Beer Here: Brewing New York’s History, “and is not a topic typically covered in an exhibition at an Historical Society. We were intrigued by the longevity and popularity of beer in New York throughout the past 300 years, and wanted to bring together objects and documents of historical and cultural importance to investigate this venerable tradition.”

I may be in Portland, networking with a great group of beer bloggers but that won’t stop me from thinking about the LA beer scene….

It got me to thinking that we need to get our current LA craft beer boosters and artists to pay a little homage to our past. The easiest way being to make some lagers that call back the old beer names like Eastside and Brew 102. Or maybe make a Zobelein & Maier session ale.

Or to take it one step further, take our new pop-up beer gardens to some of these historical brewing spots and have a history professor talk about the site and and the stories of brewing from the early days of the City of Angels.

I am sure there are some stories to tell. 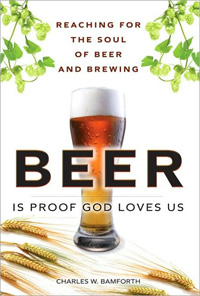 If someone works at UC Davis and writes about beer. You might want to pay attention. I am certainly going to order this one to read with my next beer.

Last month, I visited Strand Brewing and there on the desk in front of me as I drank 24th Street Pale Ale was this old beer can….. 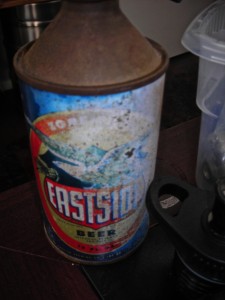 The back of the can had this wonderful copy on it. “Our beer is packed in this modern container for your protection and convenience. This container is designed to afford all possible protection to the quality and flavor of this brew, which is the result of the use of choice materials and many years of brewing experience.” And it had this crazy cone top. 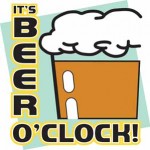 If you want to hear one of the people that made craft beer drinking as easy and fun as it is today, then take a listen to part 1 of Lisa Morrison’s interview with Don Younger of Horse Brass fame.

You can listen on iTunes HERE or go to her website HERE to listen to Don as well as learn about Fort George Brewing’s expansion and Full Sail’s Bump in the Night.

To learn about where craft beer was back in the 1970’s is amazing. Most bars had one tap and that one tap had one beer. Their beer menu was the neon sign outside that said either Olympia, Blitz, Rainier or one of the other breweries. 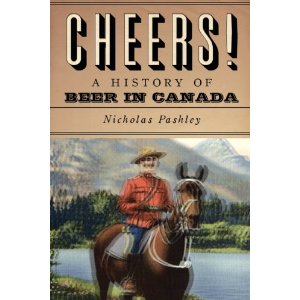 Here is what the press release has to say…“The author of Notes on a Beermat: Drinking and Why It’s Necessary is back. Nick Pashley brings his wit to bear on beer’s illustrious history in Canada, from Prohibition (and who thought that was a good idea?) to the beer that turned Quebec City drinkers blue and actually killed sixteen of them in 1966. Where else this season will you find a book that includes Prince Charles, Paris Hilton, Ron Keefe, and Rocco Perri, the great Hamilton bootlegger of the 1920s (you may be able to find him today encased in cement at the bottom of Burlington Bay)?”

From that description, it looks to be a fun book. I have recently read two history books. Both great topics. One was as dry as day old toast. The other is bright and lively. I certainly hope this book is more of the latter. You can find this at Amazon. (And to digress, shouldn’t Amazon ship beer?)