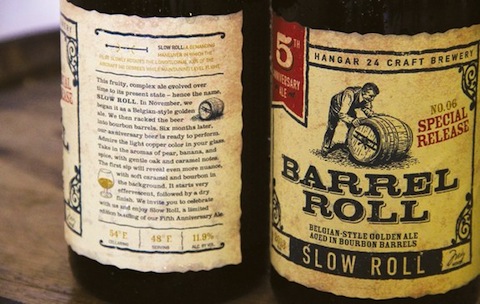 “Slow roll: A demanding maneuver in which the pilot slowly rotates the longitudinal axis of the aircraft 360 degrees while maintaining level flight.”

I missed this beer at their recent anniversary bash (which drew in big crowds from what I hear) but I hope to get a taste of this new barrel aged offering from H24.  I want to see how a golden ale does in Bourbon barrels.

“This fruity, complex ale evolved over time to its present state – hence the name, Slow Roll. In November, we began it as a Belgian-style golden ale. We then racked the beer into bourbon barrels. Six months later, our anniversary beer is ready to perform. Admire the light copper color in your glass. Take in the aromas of pear, banana, and spice, with gentle oak and caramel notes. The first sip will reveal even more nuance, with soft caramel and bourbon in the background. It starts very effervescent, followed by a dry finish. We invite you to celebrate with us and enjoy Slow Roll, a limited edition bottling of our Fifth Anniversary ale.” 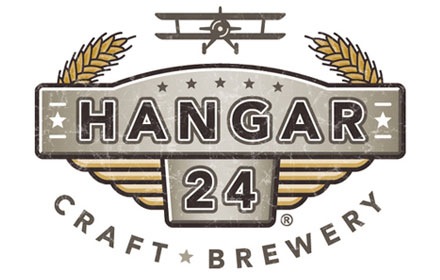 Hangar 24 has been growing at a furious pace and one reason is their barrel roll series of limited beers. One of them, Pugachev’s Cobra is returning along with a celebration of all of their beers….

Celebrate the “return of winter ..and… bourbon barrel-aged Russian Imperial Stout, Pugachev’s Cobra on Saturday, Dec. 8. Hangar 24 will also be marking the occasion by hosting an inaugural Barrel Aged Beer Tasting Event that day with twelve different beers to choose from for sampling.

Pugachev’s Cobra, which won gold at the 2012 California State Fair, is an intense assault on your senses. This Russian Imperial Stout, with a thick caramel head, is bursting with aromas of chocolate, vanilla, oak, bourbon, licorice and dark fruits. Flavors of chocolate-covered plum, sweet malt, bourbon and roasted coffee explode on the pallet with every sip. Pugachev’s Cobra features three different-dark roasted malts and rich maple syrup in a truly unique brewing process to create complexity and depth. Once fermented, it’s then aged for eight months in freshly emptied bourbon barrels. While Pugachev’s Cobra can be enjoyed the day it is purchased, Hangar 24 recommends cellaring the bottle for up to three years to receive the full flavor effect.

Pugachev’s Cobra gets its name from an aerial maneuver where a pilot suddenly raises the aircraft nose to near vertical before dropping back to attack mode. Pugachev’s Cobra was first released on Dec. 10, 2011 with 3,495 bottles; due to the extremely popular demand for the craft beer, Hangar 24 has increased its production for 2012 to an estimated 6,000 bottles.

Attendees of the inaugural Barrel Aged Beer Tasting Event will be able to sample six, 4oz pours of any of the following Hangar 24 Barrel Aged craft beer:

Pugachev’s Cobra will be available for sale in 750mL bottles ($20 each, limit 6) and draught in Hangar 24’s Tasting Room in Redlands, California. Limited Southern California distribution to on- and off-premise locations will begin on Monday, Dec. 10.

Tickets are available on Dec. 8 for $25 in the Tasting Room. The first 250 participants will receive a complimentary, Hangar 24 Barrel Aged Beer taster glass. Hangar 24’s Tasting Room will be fully open on Dec. 8 and will be serving all of its craft beer styles.” 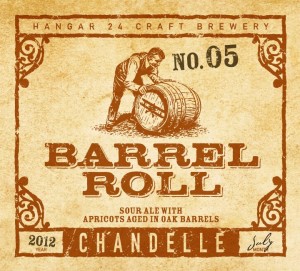 Looks like Hangar 24 is ramping up the Barrel Roll series again. I missed the first two of the series but starting with # 3 Pugachev’s Cobra was not a bad way to go but I am glad that they are heading into sour territory with Chandelle. It is a good change of pace from the barleywine, Hammerhead and it uses the apricots that they are famous for with their wonderful Polycot beer.