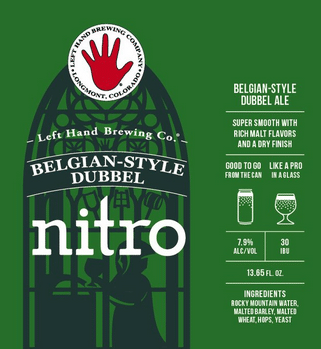 With news that HBO might offer non-subscribers the chance to stream the channel in the possible works, I just might not be as harsh on this latest Game of Thrones offering from Brewery Ommegang. 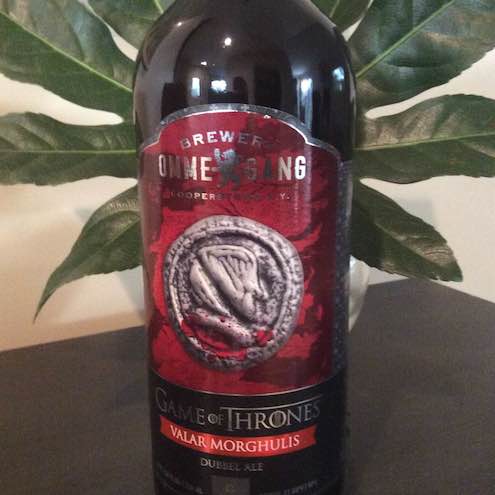 All kidding aside about the reclusive pay channel, this is the first GoT beer without a gimmicky ingredient. I say gimmicky without sarcasm too. Crazy ingredients are all well and good, but it is refreshing to see a straight-up Abbey Dubbel becoming an installment of this series.

The VM pours a dark red color and in every sensory category is quintessentially Abbey Dubbel. There is a lovely bit of spice in the beer reminiscent of the Hefeweizen profile with clove and banana mixed with a richer fig type taste and some burnt caramel. It also is both sticky on the palate while also being crisp initially.

I also like the touch of having the cork emblazoned with Valar Dohaeris (All Men Must Serve). It makes up for the somewhat hazy focused coin on the label that doesn’t work for me design wise. 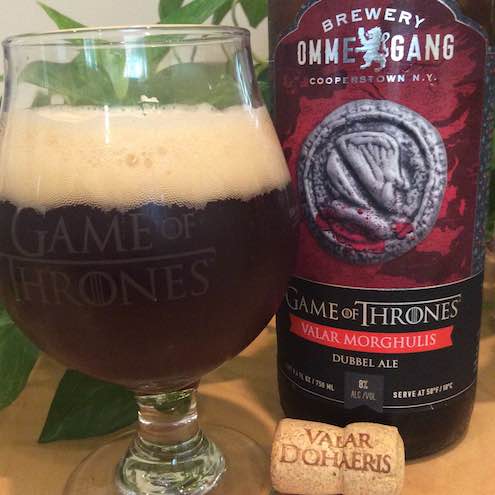 And if you like this beer, other top rated Dubbels are:
Westmalle Dubbel and Lost Abbey’s Lost and Found. 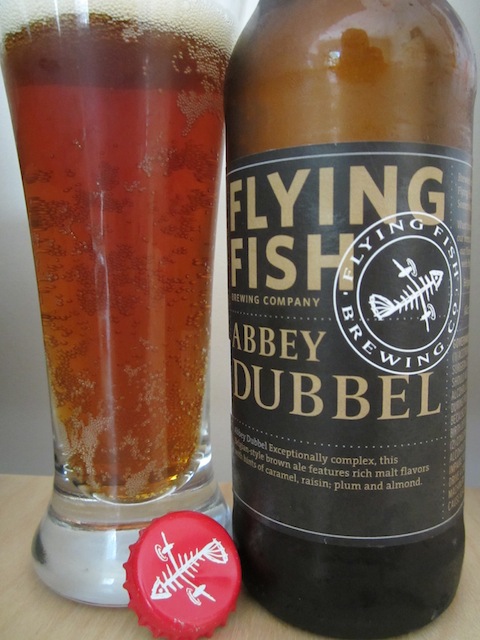 It pours dark orange with hints of brown shadows.  The head rises and falls quickly.  Caramel and raisins are the first aromas that greet the nose alongside some plum notes.  The first sip has quite a carbonation kick to it.  The scrubbing bubbles push the fruit and malt notes through the tongue.  A bit like having trail mix to a certain degree.  Quite effervescent along with some vanilla and spice contributions. 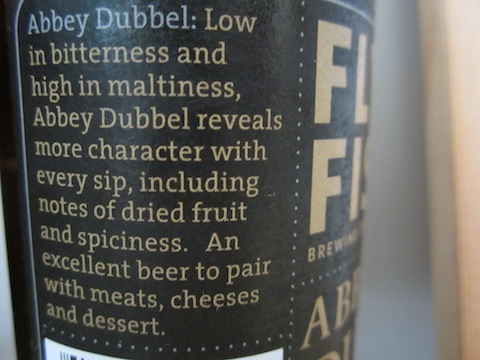