21st Amendment Brewing is always near hops especially with their new, Close Encounters of a Hop Kind.

There are anniversaries that people look forward to. Milestones like 10 and 20 but when your brewery is named after the amendment repealing prohibition, then that number has to be 21. And since 21st Amendment is a California brewery, it had to be an IPA.

There are not a lot of strawberry beets out there and I can’t imagine that there are many strawberry IPA’s out there that are actually IPA but come April you will have Moon Boots IPA.

This is a partnership between 21st Amendment Brewing with the Pink Boots Society.

With this spring release, the brewery will be sponsoring 4 Pink Boots scholarships:

Happy birthday to 21st Amendment who are breaking out the hop piñata for a West Coast IPA to mark the occasion. Not in 21oz cans though, 12 ounce instead. 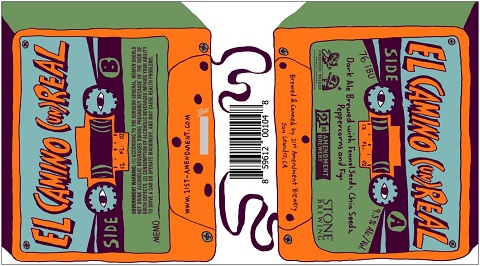 Looks like the El Camino is back out of storage….. 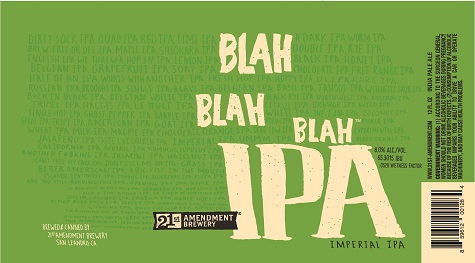 I might have named it Palate Fatigue but Blah, Blah, Blah also gets the point across about the ubiquity of IPA’s on the market as well. And since the trend seems to have long, long legs, it makes sense that 21st Amendment would call their new (variety pack only) Imperial IPA that. I also like that they are poking at the IBU and Wetness measurements on the can as well.

All kidding aside, Blah, Blah, Blah features malts that 21A has not used before, plus late additions of Mosaic, Citra, and Idaho 7 hops. 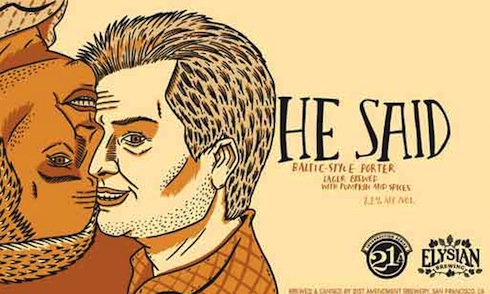 Another wacky collaboration from 21st Amendment and this time they have teamed with the Pumpkin King, Dick Cantwell of Elysian Brewing for a unique 2-pack of seasonal treats. 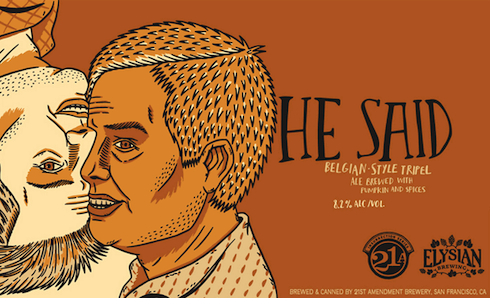 I talked about Craft Cans now here is a can filled with a winter warmer. 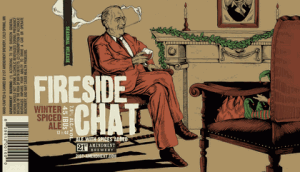 Here is what the fine folks at 21st Amendment have to say about their winter seasonal…”Fireside Chat is a subtle twist on the traditional seasonal brew. We begin with a rich, dark ruby brown, English-style ale and then improvise with spices until we know we have a beer worth sharing with the nation. During Halloween, Thanksgiving, Christmas and New Year’s, Fireside Chat will brighten the faces of those who enjoy it, near the hearth or at the table. Its subtle blend of spices balances the malty ale and will make this a foodie’s favorite, as it pairs perfectly with holiday meals.”

If you thought that Saison du Buff was an odd beer, well, amble over to this figgy brew…