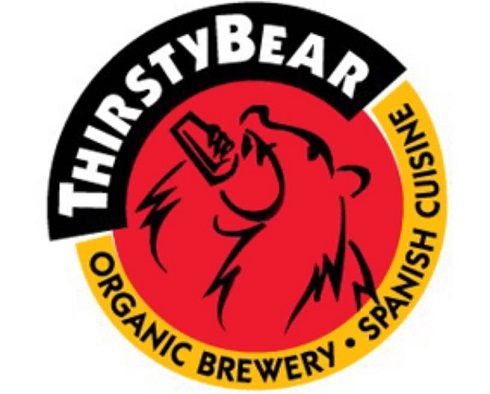 When I was much younger and much less wiser about beer than I am today, on a trip to San Francisco with the Mrs., we walked by ThirstyBear Brewing. I convinced her to get some food so that I could try the beer.

Now I hear that they are throwing a party for their 20th Anniversary and they are brewing up a special 20th Anniversary Ale that is described on the website as “a multi-grain fresh hop ale brewed with malted barley, wheat, rye and oats. Hopped with fresh cascade, Columbus and gargoyle hops from Hopsmeister Farms served on nitro.”

Not only that, but they are throwing a party with a bunch of local breweries, music and flamenco dancing. Plus the release of a special barrel-aged beer by the name of “Dark Age”.

It is gratifying to see that a place that I have visited all of twice in my Bay Area travels is still plugging along. 20 Years is to be celebrated. 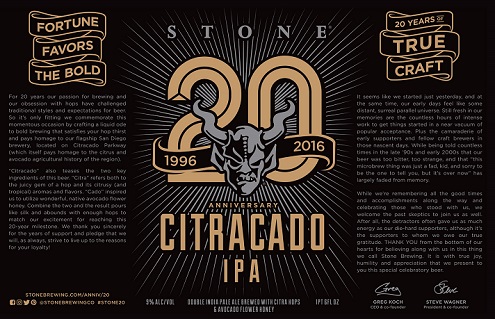 It is a landmark to reach the 20 year mark and Stone Brewing has ridden the IPA wave all the way to this plateau. Ostensibly, this year will be focused on their Citracado DIPA which honors the parkway that they live on as well as the Citra hop and (avo)cado honey ingredients used in the new anniversary brew.

Hopefully no one was cellaring those beers for a mega-anniversary tasting. The 20th should be available shortly and the 4-pack will arrive in mid-September. 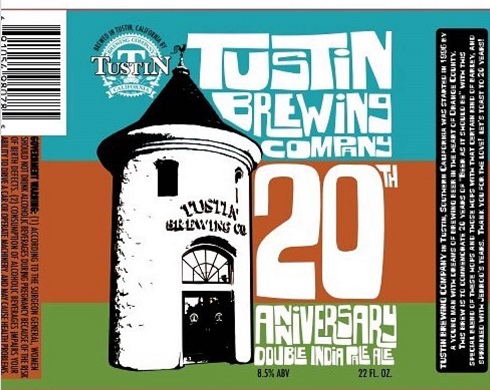 1. Tustin Brewing has been going that long? Wow!
2. This is their first, major bottle release.

I don’t know if I could trust a beer geek that didn’t enjoy attending a home brew gathering. Not because the beer is always top drawer, but because the people are excited to show off their beers, even ones that they don’t feel are up to their exacting standards.

Here are some photos from my too short sojourn at the Pacific Gravity 20th Anniversary party. Thanks to Tomm for hosting and thanks to Brian Holter and all the home brewers who shared their creations. (below the photos I will briefly talk about the beers that I tasted)

Club Dubbel – bit of burn. Some sweet dry finish. 20th anniversary.
Horchata Stout – nice and creamy. Spice and chocolate. My second place winner.
Pumpkin porter – a little thin. Not enough pumpkin or pie spice notes.
Blueberry wheat – this beer was 6 years old and showed it but still held up well considering.
Barleywine from Norm was really good, my personal favorite
Centennial Simcoe IPA did not work for me. The hops were at odds with each other.