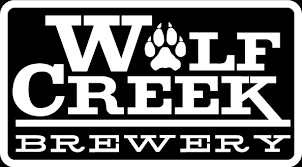 For round 2 of the L.A. breweries that I have not been to, yet. I do get points for having had a few Wolf Creek beers at multiple venues around Los Angeles. Just not at the brewery itself.

Here are what I would want to try (sometimes for the second or third time)….

El Lobo Amber Ale
“Mexican-style amber lager with a great malty flavor from Vienna malt & balanced with a touch of hops. Aged for six weeks for a smooth, refreshing beer.”

Outlaw IPA
Is the new IPA that was on tap at the Beer Week Kick-Off
or
Desperado IPA
“Our West Coast India Pale Ale brewed with a touch of light caramel malt and hopped exclusively with Falconer’s Flight. We then dry-hop Desperado with a combination of Centennial, Columbus, and Falconer’s 7c’s. Lots of big citrus flavor balanced by just enough malt!”