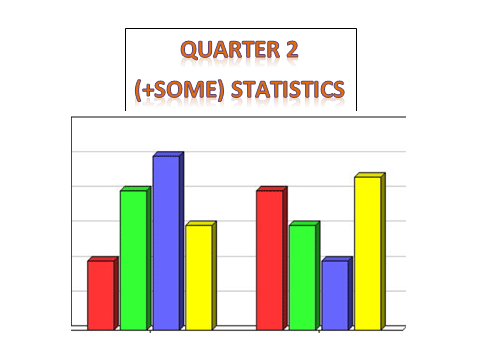 Missed my quarterly statistical check-in by a few weeks but here is the latest data….

… over the last four months, I have drunk 55.51% of the big three styles (IPA, Barreled and Sour) to 44.49% of everything else. I would still like that to be a more equitable split and it was probably higher than normal due to the Sierra Nevada Beer Camp Across the World variety box.

That box shows up in the Brewery rankings, launching Sierra Nevada to a tie for the top spot with Eagle Rock at 13 which is due to the Session Fest and the tasters there. I am also happy to report that locals from El Segundo (12), Highland Park (11), Mumford Brewing (10) broke the double digit mark and that of the top 20, and that 12 of the top 20 are part of the L.A. guild.

Looking at the current running averages, I am at 193.6 ounces per 7 day week. That is mid-range of a tight spectrum that has a low of 191 and a high of 195. The ABV range is even tighter which is the lowest it has been though that isn’t such a distinction when the highest is 6.94%. ABV has been the most stuck in a rut category though.

The next goal is to bring down that ounces total to around 190. Now that I am passed the big beer weeks of Firestone Walker and L.A. Beer Week, I just might be able to hit that mark.