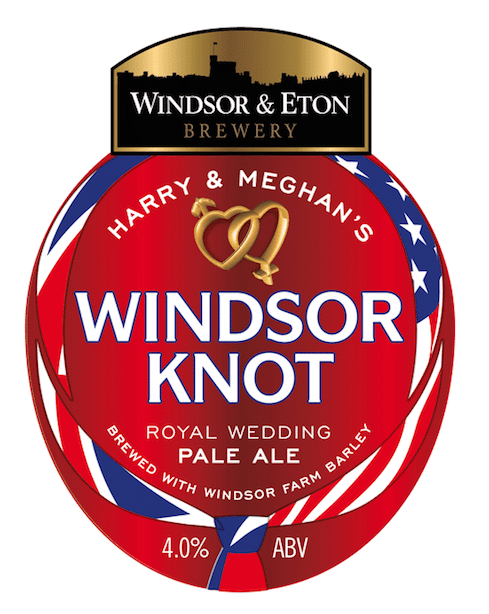 Windsor & Eton Brewery has made a second royal wedding beer. This time for the upcoming ceremony of royal matrimony of Prince Harry and Meghan Markle. The Pale Ale is called Windsor Knot the ingredient list includes: Windsor Farm barley, British Invicta hops and American West Coast hops to cover both sides of the pond. The beer will also have an addition of champagne yeast for extra pop.

The beer will come to America in early April.