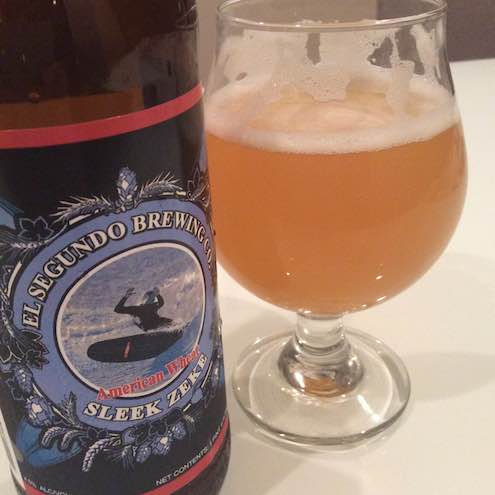 El Segundo Brewing is known primarily for their love of hops so a wheat beer seems like an odd choice.

But the Amarillo hopped Sleek Zeke wheat beer named for a surfboard just might be one of the best of the year. And I had missed it until now!

It pours a lovely hazy lemonade color and has a tart lemon aroma that really grabbed me. Like smelling lemons being juiced. The mouthfeel is just full of wheat. Thick on the palate with that note of citric acid displaying some grapefruit qualities. My bottle was over a month old so I presume the major hop notes had faded but that worked in its favor for me.

You don’t normally see wheat beers paired with desserts but this would really work with a grapefruit sorbet.