I recently got a sample of Spring Reign from Ninkasi Brewing which was decent, but what I was really looking forward to was Los Angeles getting some of the Prismatic Lager Series.  And Lo and Behold, Pravda appeared as if by providence. 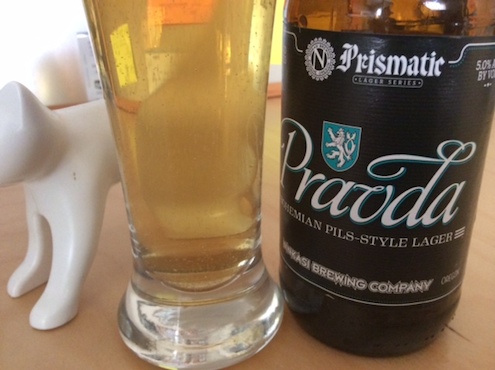 I was a little worried though.  This won the 2013 GOLD at the Great American Beer Festival last year.  It pours a very clear dark yellow hue.  Thin head and many bubbles streaming from the bottom to the top of my pilsner glass.  The aroma has that metallic and slightly sweet note that my taste buds tend to pick up from this style.  The taste is very crisp and clean.  With a touch of bitterness.  It is light but not to the point of watery at all.  Grain taste is not there but I do get a twinge of citrus as each sip fades off. 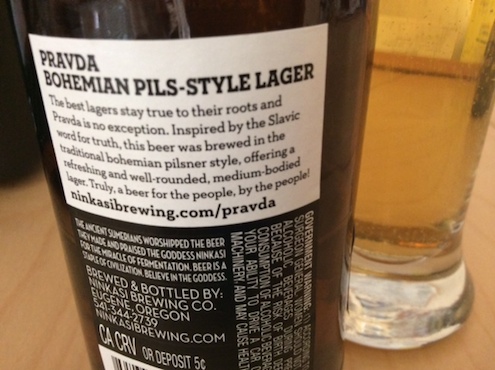 I recently had a Heater Allen pils (right here in LA!) and that beer matches up well to this one.  Both are big on the mineral taste with a bit of salt/savory going on.  The carbonation keeps the proceedings fresh and ready you for the next sip.  I am looking forward to seeing where the Prismatic Series goes next.