After stewarding at the Batch 1,000 Home Brew contest at the Bruery, I got a bottle for all of my “hard” work. 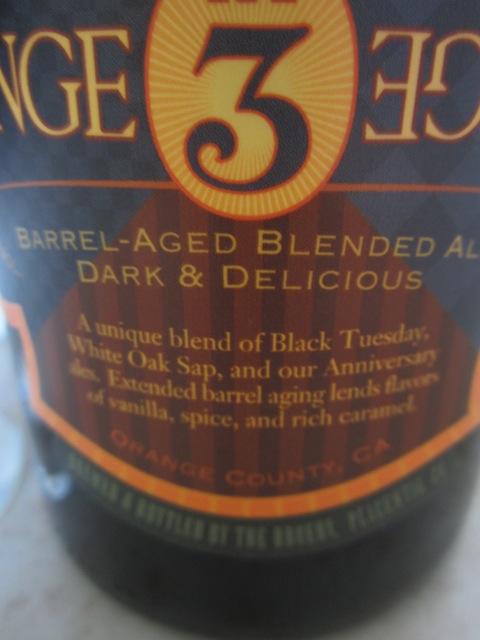 I last reviewed Melange # 3 way back in 2011 and I said this, “This is a big boozer. Way too sweet for me. Followed by a big ABV taste that I don’t cotton too. Pours a dusky brown with a big barrel aroma to it.”

The Bruery describes this beer thusly, “Melange #3 is a blend of three bourbon barrel aged strong ales. White Oak Sap, a wheat wine, our Anniversary Series old ale and our imperial stout, Black Tuesday, join forces in this luxurious strong ale that links some of the best characteristics of each of the contributing beers. Chocolate, dark fruits, oaky vanilla and rich toffee-like character reach through the bourbon veneer for an intensely satisfying quaff.” 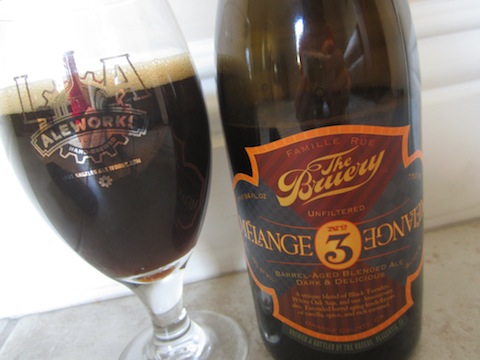 And now, this is the 2013 updated review of Melange # 3, It pours a dark brown with a tint of red to it.  Foamy head disappears somewhat quickly but a big sweet bourbon aroma takes over.  I get some coconut and caramel notes in the aroma as well.  This is a viscous beer that leaves alcohol legs on the glass and on the palate too.  Very sweet.  Almost a bourbon coconut ganache.  And very strong, their is a bit of an alcohol burn that holds on for awhile.

I have to agree with previous me from 2011.  This is just too sweet for me.