This year’s L.A. Beer Week signature festival moved both temporally and geographically.  From Union Station to Chinatown.  From End to Beginning and from Sunday to Saturday. 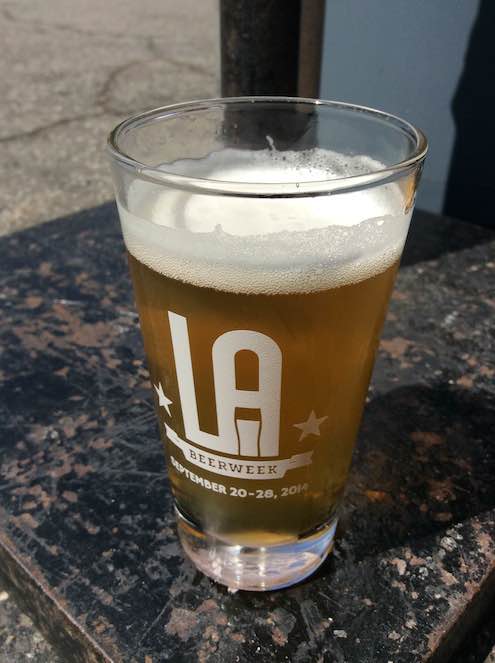 Here are my thoughts on the festival in it’s new regeneration run by the Los Angeles County Brewers Guild.

The weather gods smiled on the crowd of beer lovers and the brewers pouring in Chinatown for the sixth go-round of the L.A. Beer Week festival. A week earlier and everyone would have roasted beet red.

I will leave the review of the fest in general to a later time. This post shall focus on the beers tried and the beers missed. And the beer that missed the mark.

I shall start with the middle option. When I refer to missed. It was not due to a beer running out which I didn’t see happen by the time I left at 6pm, an hour before the fest was due to close.

Vulcanizer from Beachwood and Drakes was there for the taking but I never sauntered over to that booth with an empty glass. I missed Timeless Pints and the Brewery at Abigaile’s entirely. I got a taster of Chandelle from Hangar 24 but did not taste the new Pro-Am beer. Bad me.

On to the more fun topic of what I did taste, I have one word, Monkish. Hem and Haw and Arrivant were spectacular. I told multiple people to get those beers at all cost. The other brewer with two winners was King Harbor. I had been waiting to try their ode to ice cream, Swirly, for awhile. I was not disappointed at all. A not sweet mixture of chocolate and vanilla. Their “50 Cent” grapefruit Belgian was also a treat. Very juicy without being too acidic. 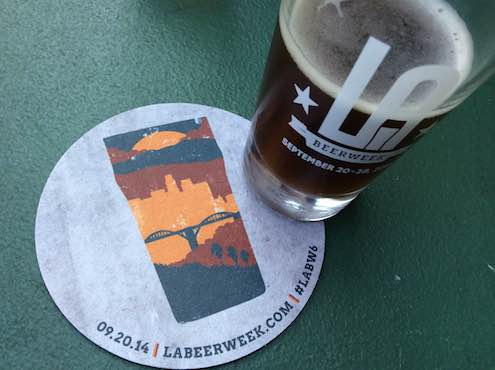 There were a couple beers that fell into the “I was hoping would be better” category First was the Mai Tai HopTonic and the Longevity Baltic Porter. Both from breweries that I rarely find fault in. The Eagle Rock Baltic porter I will chalk up to the end of day dead palate issue but it was bland to me. Not that I was expecting fireworks from that particular style but for it to be a Pro-Am winner, I expected something that wowed beer judges. The Mai Tai from Smog City was too sweet and too coconut for me. The IPA portion was buried. I wished the base was a tripel or saison instead.

All in all, I wish there was a dinner break and then another couple hours to try the remaining beers that I wanted. It is the sign of a good festival when you leave full but wanting more.