I will be reviewing ALL 13 of the special Sierra Nevada Beer Camp collaborations this month. I had my non-drinking wife randomly select the order and up next  is Electric Ray brewed with Ballast Point of San Diego.

The Ray/Torpedo pours a golden tinted orange. And at 8.5% this is not your grandpa’s lager or even yesterday’s IPL. Orange is the dominant aroma as well. A just peeled navel to my senses. That follows through in the initial taste as well. Then some grapefruit slips in towards the back. 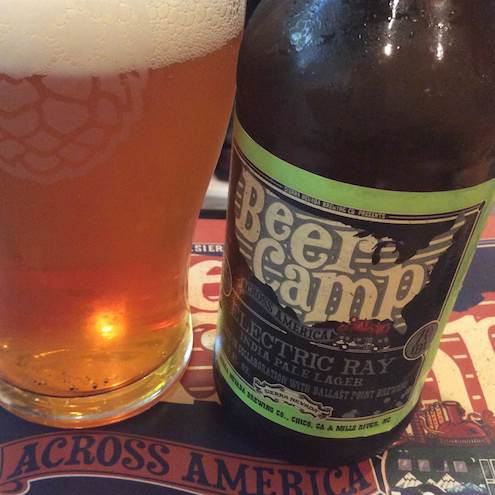 It does taste different from a pale or IPA but not by a wide margin. It’s cleaner and drier thanks to the L in the IPL but because of the strength, I think most drinkers would rate this as an IPA. 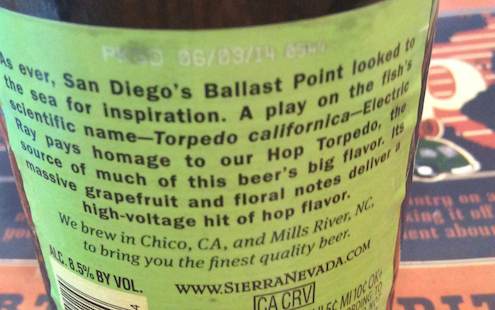 In the battle of hoppy beers from this series, I would rate Chico King higher by a few lengths. But the next beer is a hopped up pilsner from Firestone Walker.