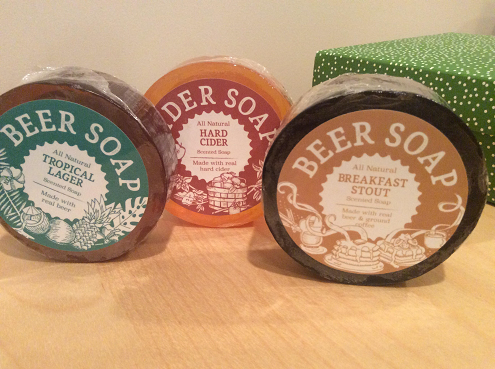 If I wasn’t a beer blogger, I just might write about soap. There are parallels to make it less weird than it sounds at first.

So when the fine folks at Swag Brewery (who also sell candles and other fun beer related gifts) offered to send me three beer soaps, I jumped at the chance to test out a real shower beer.

Shortly thereafter, I received a box with Breakfast Stout, Tropical Lager and Hard Cider soaps in the shape of a hockey puck. My brother-in-law has brewed both beer and cider so, immediately, I knew that I would be sending the Cider accented soap to him. My beer buddy Richard had just returned from Hawaii, so another obvious gifting opportunity was right there.

That left me with the preferred Breakfast Stout soap to scrub with. Truth be told, I did smell the soap and I was not transported to the floor of a brewery. The pitch black soap smelled very manly. Leather and a bit of chocolate and vanilla. I particularly liked the little abrasive touch that the texture gave.

These are fun and useful gifts that show that a person is thinking beyond your next beer.

Later, I will try these hot sauces. Will my tender palate survive Roasted Chipotle? 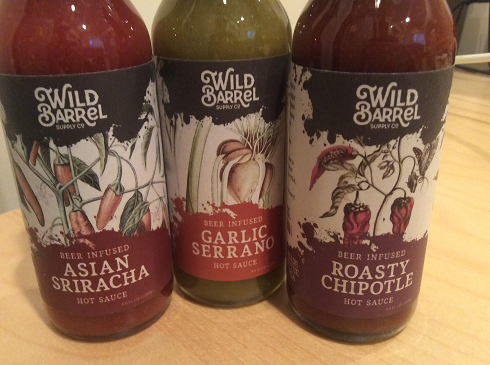