In two weeks,Figueroa Mountain Brewing Company will unleash the full potential of the cask program that is under the stewardship of Head Brewer of Santa Barbara, Kevin C. Ashford.  Currently all of the Fig Mtn. taprooms have a ““Firkin Friday” featuring many of their standard ales.” 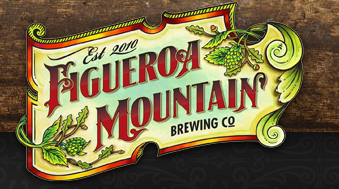 Now they are going bigger…..

“Wanting to bring more exposure for cask beer to the Central Coast, Ashford and the events team at Figueroa Mountain Brewing Company will be hosting a Real Ale Invitational on Saturday, October 25, 2014 from 1:00 to 4:00 PM. Over a dozen breweries will be showcasing their own styles of real ale at Figueroa Mountain Brewing Company’s flagship brewery and taproom in Buellton, California. Admission is $40 and includes a souvenir glass, unlimited tastings and live music. A portion of the proceeds will benefit Los Padres Forest Watch.

For those beer lovers that want a more intimate experience paired with food, a limited number of tickets will be sold for a Real Ale Lunch prior to the Invitational at 11:30 AM to 1:00 PM. Meet the cask masters who have perfected the skill of brewing real ale while enjoying a 4-course meal prepared by Beto Huizar, Executive Chef of Beto’s Place, a new restaurant slated to open in Fig Mtn Brew’s Buellton taproom later this year. Tickets to the lunch cost $75 and include admission to the Invitational.”