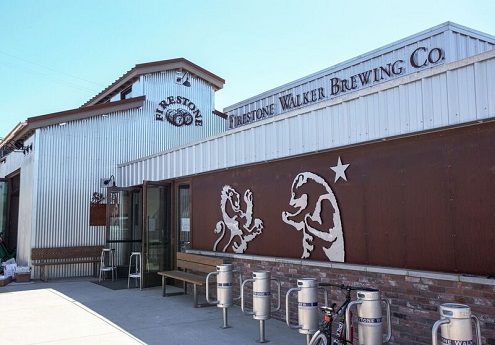 The wait was worse than those last couple hours before Christmas. Now, (well, tomorrow night) the Propagator – the latest location from Firestone Walker will be open for limited dinner hours.

Let’s touch on the beer first “Firestone Walker favorites, including taps dedicated to Barrelworks wild ales, guest taps and beer engines for select cask favorites” will be offered to begin with. When the final paperwork comes through and the government finally lets FW loose, there will also be an intriguing, new set of beers to try.

As described by Brewmaster Matt Brynildson “rustic ales—a loose category of unfiltered, largely barrel-conditioned, often farmhouse-style beers—have not had a fitting home at Firestone Walker until now, as they are too unstable to make at the clean production brewery but also too susceptible to souring influences at Barrelworks.” There is also a chance that they will collaborate with LA breweries but not in the typical way. They are pondering bringing another breweries wort into their aging and staging area for conditioning.

That dream and the beautiful (and expensive brewing system) will have to wait as for now the focus will be on what is created in Buellton and Paso Robles as well as the food. Speaking of, “The menu will offer a mix of small dishes, sharables, tacos, pizzas and large plates. Initial menu items include Smoked Brisket (16-hour brisket, grilled asparagus, smashed potatoes); Tempeh Banh Mi (marinated tempeh, pickled veggies, spicy soy may, crispy shallots); and Pork Belly Tacos (handmade corn tortillas, beer-braised pork belly, pineapple pico, chicharrones).”