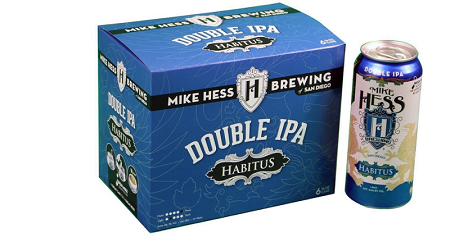 I have blogged before about cans that don’t just open a hole in the top of the can but take the whole thing off turning the can into a glass, automatically. When I did, there were none in the L.A. area to buy or test. Now there might be because Mike Hess Brewing has introduced its Open Mike™ beer can.

From their press release, “Open Mike six-packs will be available as early as November 1st wherever Mike Hess beers are sold, including Southern California and the greater Phoenix, Arizona, markets. The first brand to feature the new packaging and Open Mike™ ends will be Habitus®, Double IPA, World Beer Cup gold award-winner in the Rye Beer category.”

I can’t wait to see how this works and report back.