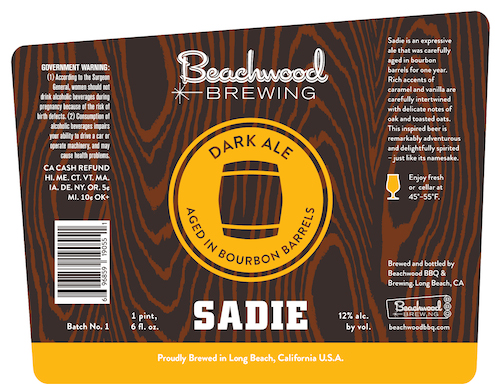 Tasting notes from the brewery describe Sadie as having “Rich accents of caramel and vanilla are carefully intertwined with delicate notes of oak and toasted oats.”

SADIE will be released as a limited edition beer on Tuesday, October 14th at 6pm at Beachwood BBQ in Seal Beach and Beachwood BBQ & Brewing in Long Beach, California.

Saduewill be available in 22oz. bottles on October 14th at 6pm at both Beachwood locations for the price of $25.