I know that haze is the cool kid right now but there are still some beers that are bright and clear. And now there might just be a way to create that clarity without isinglass.
Isinglass is not vegan though and the fact that what was once a fish is used in beer is a strange thought to wrap your brain around. Now a company called Plater Bio is pitching the use of chitosan, which is extracted from specially cultured fungi.

According to the company the “initial trials have shown that fungal chitosan is a far more powerful flocculant than crab chitosan for clarifying real ale. We have worked with unclarified samples of beer from Pot Belly Brewery in Kettering and the results have been excellent.”

Depending on the cost, this might become a go-to for those breweries that want to proclaim organic and vegan bona fides. 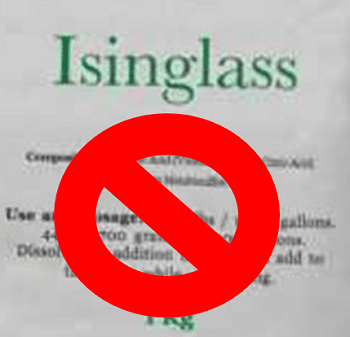