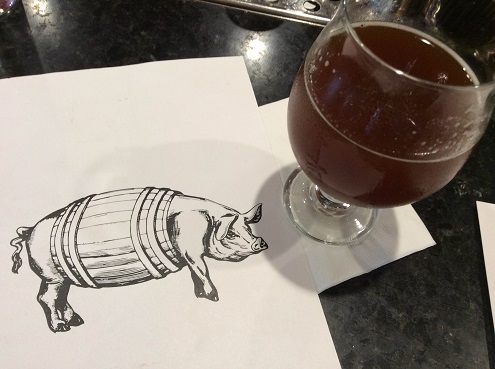 BBQ and craft beer both have passionate adherents and divergent styles and preparation methods. And for both, all it takes is to step a foot into a brewery or a BBQ restaurant and then another and you realize that wealth of differences.

All hokey preamble to a quick night spent at Barrel & Ashes in Studio City near the CBS lot. There is a great smokey smell inside the small place that has a nice big window onto busy all-the-time Ventura Boulevard.

I was there to sample the unique collaboration of Wolf Creek Brewing putting their Timber Wolf Red Ale into a Buffalo Trace whiskey barrel. Used but not in the normal way of being, this particular barrel had been dispensing whiskey at the restaurant. B&A is one of the rare six spots in Los Angeles that gets an actual barrel that held whiskey. (Along with an allotment of bottles too)They are allowed to taste and pick what whiskey they like from a selection to be their “house” drink. Sometimes they go oaky. Sometimes mineral. 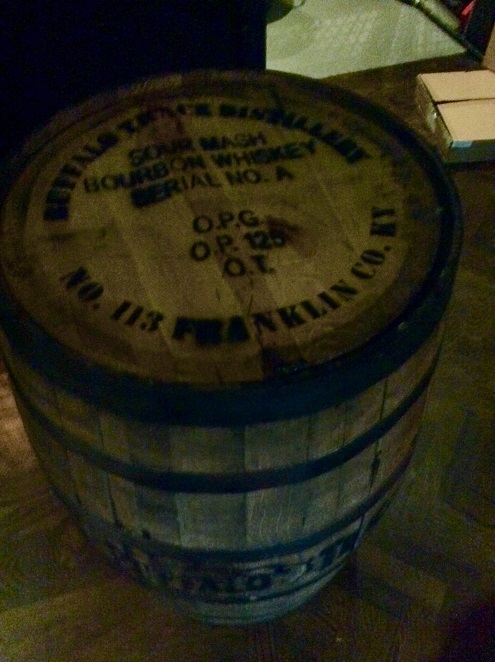 Due to the laws of beer and distribution, layered with spirits regulation. B&A couldn’t just ask a brewery to fill it and pay for the beer. Nope, had to find a brewery who A) self-distributed, B) that they liked and had a relationship with. Enter Wolf Creek, who has been hit or miss for me in the past but they have thought outside the box and added a red ale to the barrel.

The resulting beer pours a muddy red/brown color. Big whiskey aroma and taste to it. Vanilla and wood are the dominant notes. 7.3% is the final ABV and there is a light mouthfeel to it while some sweetness sneaks in at the tail end. 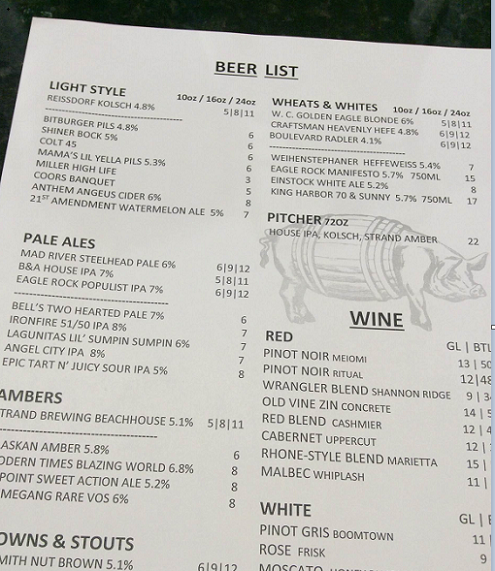 The beer menu has a good mix of craft beers to choose from and beers to please your cranky non-craft, just here for BBQ friends. It is one of the rare spots that has regular taps. Not all are rotating. And if you need an excuse to visit then on September 10th, B&A will be hosting a Sixpoint. Night. Meet members of the NY based brewery team and try their beers.