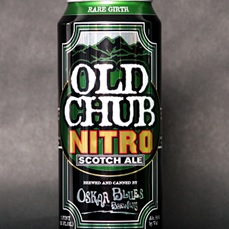 Oskar Blues Brewery have had various nitro options since 2009 under the leadership of brewer Juice Drapeau. It has centered on their Scotch ale, Old Chub, but they have also given the nitro treatment to others in their core line-up  such as Dale’s Pale Ale, Deviant IPA & G’Knight Imperial Red IPA.

Now they have added a Nitro widget which is “attached to the bottom of the can and is charged with liquid nitrogen during the filling process. The widget releases the nitrogen when the can is opened, liberating the cascading creamy smooth nitro pour.”

Maybe know we can get more than just Guiness and few British beers with nitro cans.