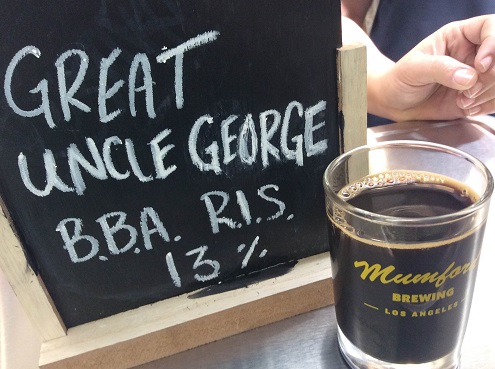 For once the weather in SoCal was helpful to beer drinkers. A nice, cold layer of June Gloom settled in on the weekend of Mumford Brewing Co.’s 1st Anniversary party. Good because the 1st Anniversary beer was a Russian Imperial Stout by the name of Great Uncle George. In three different versions, no less. You could taste the Barrel-Aged version, the Irish version and the George Brett version (for you KC Royals fans). 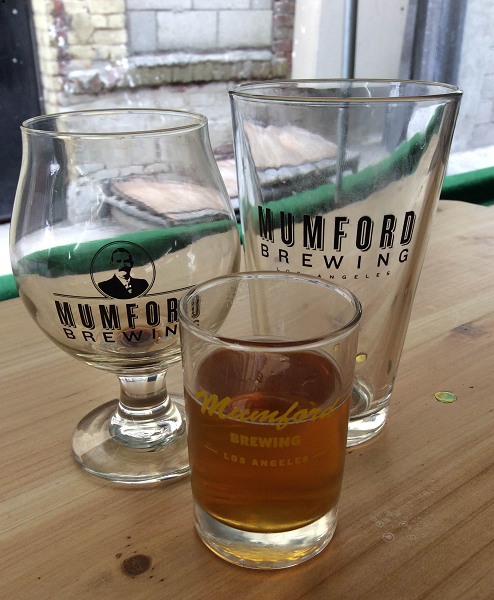 Of the three, the Irish version seemed the most fully realized. The Barrel-Aged was fine but I would have liked to have seen it sit in the barrels longer. Seemed unready to me, as did the Brett version which tilted more RIS and much less farmhouse funky. My winner for the day was another politically inspired IPA, this time “Make Hops Great Again.” the latest IPA in their stable which would pair well with the Unpresidential NE Style IPA. 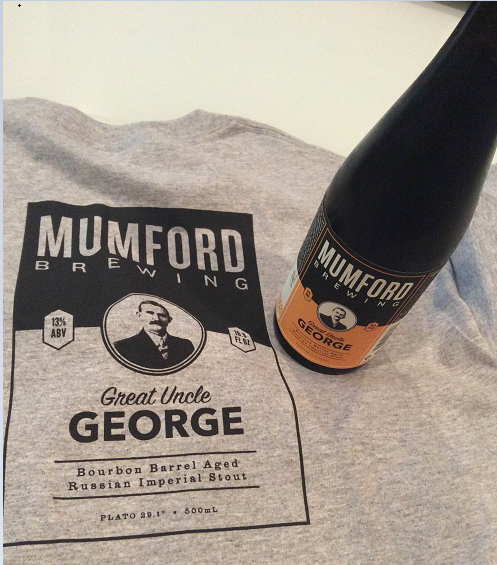 It has been great to see the growth of the brewery from first visit until now. They are becoming a great place to get a crowler of an IPA and also find a rotating set of beers. It will be fun to chart their progress in year 2!