Stochasticity –  Either a scientific term that I could not parse a meaning from OR a weirdly hyped Stone side-project.  You make the call at the really overdone website, right HERE. 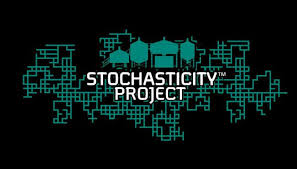 To me, it sort of looks like a cross of Ecliptic Brewing of Portland meets Ballast Point’s Grapefruit Sculpin, then passed through the mind of a website designer given carte blanche and some Philip K. Dick books.

First, why have this as a loosely veiled Stone project.  It makes me suspicious that they are distancing themselves from it.  Seems redolent of what I call phantom crafts. But why would Stone want to hide this? Why not emblazon the gargoyle on this?  It’s not as if Stone can’t be wacky. They can put big words on their bottles and citrus peel in a beer.  They have done wackier.

Second, what is with the whole separate website and matrix label design?  It seems to be marketing that is trying too hard to make you buy it.  When all Stone really needs to do is say, “Hey beer geeks!  We have a grapefruit version of Ruination.  You should try it!”

Third, if they wanted to blow people’s minds.  Why an IPA?  If someone tells me there is a new Stone release my first, second and third guesses are IPA.  If they wanted to screw with fans, they would make a pilsner under that name.

And I hope they do!

(Sorry for all the questions in this post.  This whole release has me flummoxed.)

One Reply to “Long Story Short – Ruination with Grapefruit peel”