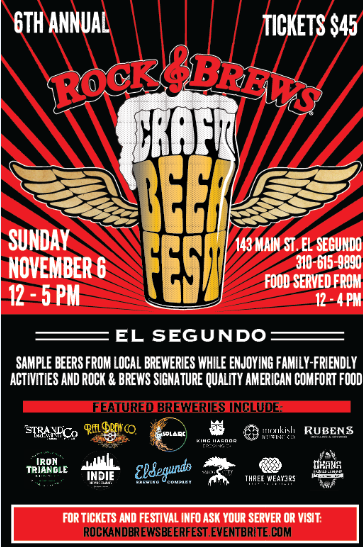 Rock & Brews will be throwing their 6th edition of their Craft Beer Fest at their El Segundo on November 6th from 12-5 p.m. 12 local craft breweries will be featured plus a full Santa Maria style barbecue.

Tickets are priced at $45 and can be purchased HERE.