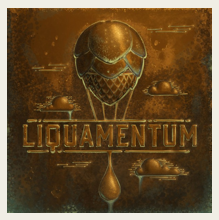 Figueroa Mountain has added a new special series of beers to their super rapidly growing brewing empire that ranges from Santa Barbara to practically everywhere it seems.  It is called Liquamentum and it literally means concoction but what it means for the consumer is more beer and wine blends since their Buellton HQ has some wineries around it.  They will also be doing some additional barrel aging as well.  The first two are in the pipeline already…..

Davy Brown Ale has been one of our best-sellers and award-winners for some years now. More than that, it’s one of our favorite beers. One of our favorite beers to brew, to drink and to share with family and friends. We love this beer so much that we did what any appreciative brewery would do: double-mashed it and bourbon-barrel-aged it. This double-strength version of our beloved brown ale has all the qualities of the standard, plus the sherry/red fruit overtones of aging and a subtle undertone of American bourbon.

Sitting below McKinley Peak, the tallest mountain in the Los Padres range, exists a craggy valley of boulders and rock outcroppings. Hell’s Half Acre, as it is called, is certainly one of the roughest and most textural features in Santa Barbara county. For its namesake, we brewed the most layered, complicated and textural beer to date: a massive, complex barrel-aged Barleywine. After a battle of epic proportions to fit the most malt we have ever put into our mash tun, testing the limits of our yeast’s strength and aging for 18 months in locally-sourced pinot noir barrels, we give you Hell’s Half Acre Barleywine. A viscous, vinous, ominous brew: sherry, oak, toffee and caramel on the nose with massive body and flavors of spun sugar, red fruit, granola, treacle and chocolate.