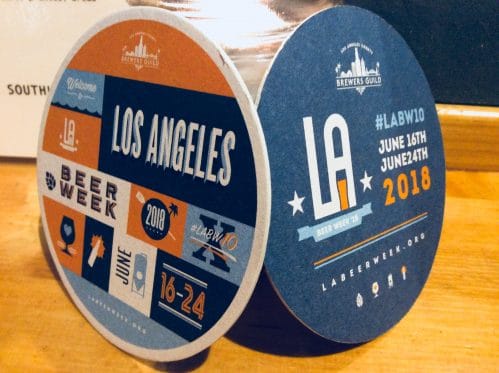 I took a day break from LABW festivities on Sunday after the Kick-Off Festival but was back at it on Monday in Eagle Rock at the Brewers in the Hot Seat. Held at the Eagle Rock Brewery Public House, this event was one of many competitions. Be it Sumo wrestling, pinball or whose keg kicked first. This night entailed hot wings and beer industry talk. 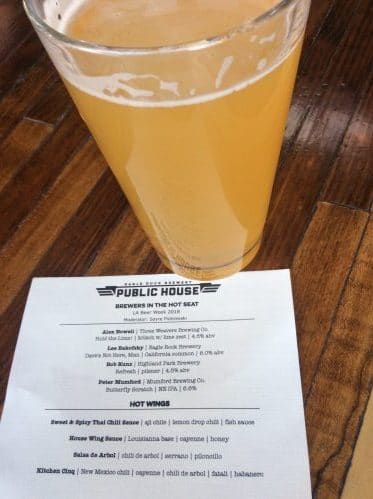 Both Bob Kunz from Highland Park and Peter Mumford from Mumford Brewing showed the obvious signs of discomfort but that didn’t stop them or Alex Nowell from Three Weavers or Lee Bakofsky from ERB talking about various points related to creating craft beer.

Here are some of my jotted notes that struck me. One from each brewery.
HPB – Less beer geeks at Chinatown. Refresh, the house beer is a big seller.
MB – Not trend driven but on top of trends. Have been close on the heels of hazy and brut.
ERB – sending more beer to Bay Area where Manifesto Wit is more popular for instance
TW – wants large variety. Wants different colors. A Rainbow. 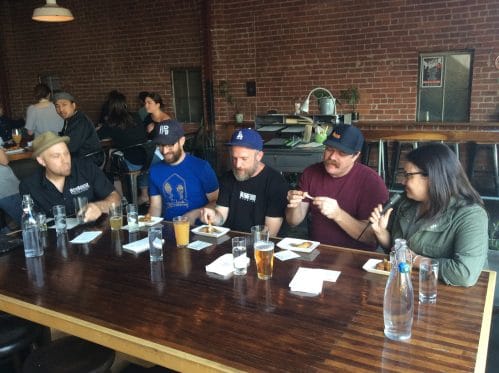 The next night, I drove out to Culver City for Japanese beer at Harajuku. A snug little spot with access to a pipeline of Baird beer. Not even their core beers are widely seen around town and this spot has all levels of tap choices.

Even better, a rep from Coedo beer was also on hand pouring out samples from their range which included a Pilsner and an amber sweet potato beer. Since it is World Cup time, I also had the New Belgium / Baird Bicycle Kick Kolsch too.
Coedo Pilsner

Owner Adam Gutentag fell in love with Japan loved izakaya and pub culture and also befriended Brian Baird the brewer behind his eponymous brewery that started out as the Fish Market taproom. Japan is starting to move out of what has been called the “souvenir” brewery phase to bigger and better things. How that plays out will be quite interesting. But pairing beer and skewers works really well. 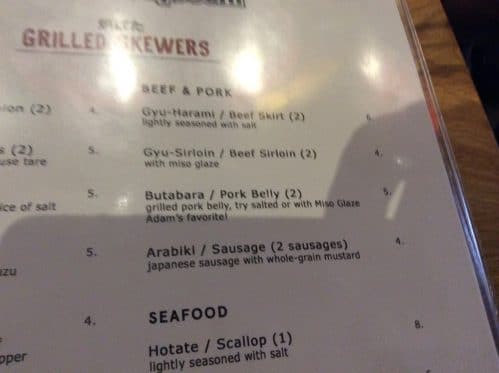